Settlement reached in inmate suicide; family not optimisitic about change 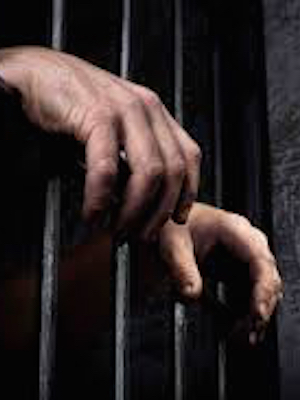 A settlement has been reached in the wrongful-death suit of a man who hanged himself in the Orleans Parish Prison.

Orleans Parish Sheriff Marlin Gusman’s office agreed to pay the family of Clifton Morgan slightly more than $163,000, according to attorney Emily Ratner. The money, she said, brings the Morgan family no peace.

“I’m not sure that satisfaction would be possible in a case like this,” Ratner told the Louisiana Record.

Ratner said Morgan’s family hopes what happened to Clifton will send a message, but she’s not sure how optimistic they are in light of recent events.

According to Ratner, since the suicide death of Morgan, there has been another successful suicide at Orleans Parish Prison and one attempted suicide.

Morgan was booked into jail on simple burglary, according to the New Orleans Advocate. Ratner told the Louisiana Record Morgan clearly communicated that he was schizophrenic and taking psychotropic medication, and that he last took his medication the day before.

“He did everything you’re supposed to do to continue your treatment while you’re detained,” Ratner said, “And to me, it’s inexplicable that the jail failed to continue his medication.”

According to Ratner, a side effect of coming off psychotropic medication is increased risk for suicide, something jail officials were aware of, which makes Orleans Parish Prison directly responsible for Morgan’s death.

Had Morgan not been left alone with the means to kill himself, Ratner said his suicide could have been prevented.

Another reason Morgan’s family is not optimistic about change in the jail system is a lack of meaningful response from the Sheriff’s Office, according to Ratner.

Ratner said the U.S. Department of Justice, the federal court, the city of New Orleans, and the city council are having an “extraordinarily difficult time” working with the Sheriff’s Office in regard to this issue.

“What we really need to see is for the people of this community to say enough is enough, and to really push this sheriff, the office of the sheriff and this city for concrete change,” Ratner said. “If people have to be in jail, they have to be in jail. But they can at least be safe there.”

Want to get notified whenever we write about Attorney Emily Ratner ?

Sign-up Next time we write about Attorney Emily Ratner, we'll email you a link to the story. You may edit your settings or unsubscribe at any time.