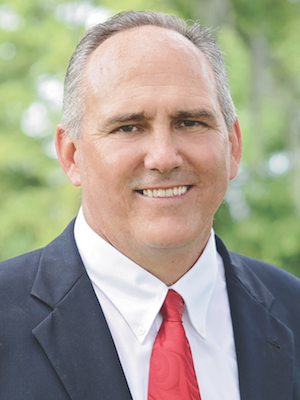 Guy McInnis, the new president of St. Bernard Parish, recently signed a contract on behalf of the parish with a law firm whose partners made the largest possible contributions to his election campaign, $5,000 each.

The law firm, Talbot, Carmouche and Marchelo will represent the parish in potential environmental damage lawsuits related to decades-old coastal damage and land loss allegedly caused by oil and gas companies operating within the parish.

Watchdog organizations are concerned about the choice to give a major contract to an out-of-town law firm that contributed a total of $15,000 to the president’s campaign.

In 2013, the St. Bernard Parish Council approved a motion presented by McInnis, who was a councilman at the time, authorizing then-President David Peralta to sign a contract with the firm. Peralta never actually signed the contract.

“For the brand new parish president to come in and sign a two-year-old legal contract under the cover of darkness without one minute of public discussion is inexplicable,” Melissa Landry of Louisiana Lawsuit Abuse Watch told the Louisiana Record.

McInnis has said that he will not move forward with any lawsuit without the support of the council.

“Given the magnitude of what is at stake here, it is imperative that the new president and the council move forward in a manner that is open and transparent,” Landry said. “The council should be given the opportunity to hear from both sides in this debate, and they need time to get feedback from their constituents.”

Louisiana Lawsuit Abuse Watch filed a public records request for copies of the legal contract McInnis signed with the lawyers earlier this month. Landry says they have not yet received a response, despite the law requiring public records to be made available within three working days of a request. She called the lack of response, deeply troubling.

In recent years, the number of public interest cases represented by private lawyers has grown, and more lawyers are securing contracts that make their attorneys’ fees contingent on the size of the award.

“This practice can create an improper incentive for profit-motivated attorney’s to initiate and drive civil litigation under the guise of public interest,” Landry said. “It is fair to question whether or not that’s what’s happening with the parish lawsuits in St. Bernard and other communities.”

The Carmouche firm is experienced in representing private landowners in legacy suits. In 2013, it filed 21 lawsuits against oil, gas and pipeline companies on behalf of Plaquemines Parish, and seven on behalf of Jefferson Parish. The suits alleged that the exploration and production engaged in by these companies destroyed wetlands and the environment. Plaquemines Parish has since dropped its lawsuits.

McInnis has said that the firm’s record in regard to these cases drove his selection process. He said Peralta’s administration had originally recommended the firm.

“The lack of openness and transparency surrounding the execution of this potentially lucrative, no-bid legal contract is a major issue here,” Landry said.

The council was set to consider several ordinances that would have canceled the Carmouche contract and authorized the hiring of New Orleans-based Sher Garner Cahill Richter Klein & Hebert, but the issue was dropped from the agenda of their bimonthly meeting.