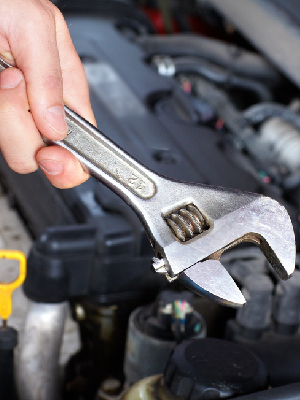 NEW ORLEANS – A fire truck mechanic alleges his former employer engaged in malicious acts to sully his name during his employment and after he was terminated.

Monroe Meyers filed a lawsuit Feb. 10 in the U.S. District Court for the Eastern District of Louisiana against Siddons-Martin Emergency Group LLC and ABC and XYZ Insurance Cos. over alleged defamation and invasion of privacy.

Meyers alleges that he was employed by Siddons-Martin in May 2015 to Aug. 3, 2015, as a fire truck mechanic. During that time, Meyers attests that he performed his duties in an exemplary manner, and received praise and accolades. However, plaintiff alleges that Alex Steirlen, his direct supervisor, has defamed his name through spiteful and false rumors. Steirlen allegedly told others that Meyers was sloppy in his work and a person of bad repute.

Furthermore, Meyers claims that, upon his termination, Steirlen accessed Meyer’s work laptop, which was returned to Siddons-Martin, and invaded Meyer’s private Facebook profile. Steirlen allegedly exposed Meyers to embarrassment and humiliation when he “friended” several prominent individuals in the fire/emergency communities. Meyers asserts that this was done without his consent and was a direct invasion of his privacy in an effort to sully his character.

Meyers claims that defendants failed to supervise Steirlen and failed to reprimand Steirlen for his alleged unprofessional actions. Meyers claims he has suffered damage to his reputation, financial loss, emotional stress and mental anguish.

He is suing for damages, the cost of the suit and attorney's fees. He is requesting a jury trial and is represented by Dale E. Williams in Covington.