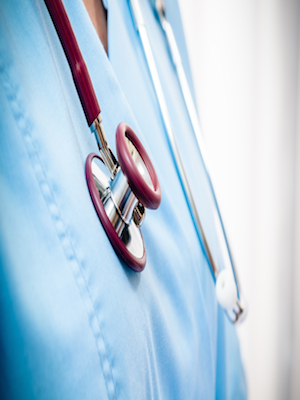 The AIDS Healthcare Foundation is suing to get increased funding for its East Baton Rouge clinics. | ShutterStock

BATON ROUGE – Having the most cases of AIDS per capita in the nation, Baton Rouge is often challenged in distributing federal funding between the organizations trying to provide care to those patients. Now, one group is alleging the most recent distribution of federal funds was unfair and is suing to have it changed.

"Baton Rouge has unfairly excluded AHF’s clients from funding for the valuable services they receive," a representative from the national AIDS Healthcare Foundation (AHF) told the Louisiana Record in a statement.

The group filed a lawsuit against the East Baton Rouge parish, as well as several other groups that received funding, in Baton Rouge's 19th Judicial Circuit Court. The AHF is accusing the parish of violating public bid law in the way the most-recent funding from the Ryan White HIV/AIDS program was passed out to agencies in the area.

The AHF had filed a bid for more than $950,000 in funding, which it said is vital to the services it provides.

"AHF, as a nonprofit organization with over 25 years’ experience delivering this care to over 600,000 people worldwide, has demonstrated its ability to provide such effective care, including in its two clinics already operating in Baton Rouge, which serve over 1,000 patients," the statement said.

The parish, however, only awarded the foundation approximately $66,000 for services such as case management and medical transportation. This amount, according to AHF's statement, is not nearly enough to provide the type of services it regularly does.

"People who do access regular care, and who take HIV medication daily, not only are healthier themselves, but they are also virtually noninfectious," the statement said. "Getting everyone with HIV/AIDS into regular care is the way to end the epidemic. Without this funding, AHF will be unable to expand to meet this need and treat more people, needlessly prolonging this epidemic."

The foundation lawsuit seeks to force the parish to redistribute the funds, saying the bidding process was discriminatory and unfair.

The office of the parish attorney has said that this was not, in fact, a bidding process, but more of a request for proposals on how to distribute the funds provided. AHF was vocal in protests throughout the process, alleging the parish sought to remove non-local foundations from the process and even filing an unsuccessful protest upon learning of its low funding amount.

"AHF has the knowledge and skill to care and effectively treat this population," the AHF statement said. "With more money, AHF could provide even better services to the over 1,000 patients currently treated at its clinics in the area."

In 2015, it sued Dallas County, seeking $1 million from approximately $12 million in total funding, after being told it was not eligible and there was not enough funding to go around. That case does not appear to have been resolved.

The Louisiana case is tentatively scheduled to be heard on April 11.