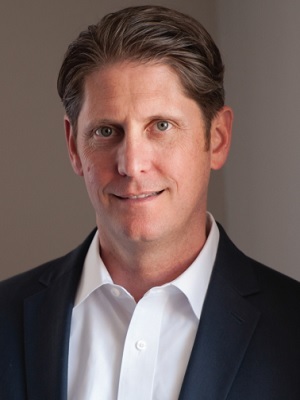 SHREVEPORT – Shreveport attorney and businessman Richard "Ricky" John says he has his mind on veterans and their families as he makes his first bid for public office, the 4th U.S. Congressional District seat.

"I have been an active leader in an organization called Soldiers’ Angels, a group that supports our military and their families," John, a Republican, said in a Louisiana Record interview. "I have represented VA whistle blowers who are striving to right the wrongs of the VA. I have seen how callous our government has been when caring for the troops who serve our country. It is unacceptable."

The 47-year-old John is a founding partner of the law firm of Smith & John, and a partner in Landmark Title Group of Shreveport.  In addition to serving as National Guard Liaison for Soldiers’ Angels, John also has been chairman and legal counsel of the Hurricane Katrina relief fund.

A recipient of the Louisiana National Guard Distinguished Civilian Service Medal and the Military Bloggers Recognition Award, John represents local whistleblower Shea Wilkes, a mental health social worker who revealed the use of a secret appointment wait list at the Shreveport VA hospital, a list that included 37 veterans who died awaiting care.

A lifelong resident of Shreveport, John is seeking the seat of Rep. John Fleming (R-La.), who has announced plans to run for the U.S. Senate seat being vacated by retiring Sen. David Vitter.

Thus far in his campaign, John has been particularly interested in listening to the ideas and hopes of the constituents in his would-be district.

"Our elected officials don’t listen carefully enough to the people they serve, and I want to change that," he said. "So, I am traveling the district and learning the needs in each area, especially those that can be resolved through government. People are clearly frustrated by a government that is overreaching, and yet, ineffective. It’s time for action, not reaction."

Making those changes will involve understanding what people want and what they need, John said.

"Everybody wants a strong national defense, a strong economy, reliable and affordable health care, and education, but there are differences in needs across the district as well," he said. "What citizens need in Beauregard and Vernon vary widely from what citizens want in Bossier and Caddo. The district is long and diverse, but there are diverse interests even within the same zip code. A good Congressman will serve all people in the district by listening, learning and legislating according to the needs of the people he or she serves. Voters are tired of the partisan gridlock in Washington. That’s not to say that voters do not have widely different views as Republicans and Democrats, but they expect their Congressional leaders to acts as leaders and negotiate agreements between the parties. I am ready for that challenge."

That is among the reasons that prompted his decision to run for Congress.

"I have been blessed with a beautiful family," John, who is married with three children, said. "My legal practice has enjoyed success. I have the time and ability to dedicate myself to public service. I want to make a difference for our families, businesses and communities. There’s no better way to do that than to serve in our Congress, and help reduce our debt, strengthen our economy, create jobs and bring America to its greatest days. It’s time for bold, fresh ideas that will rekindle the American spirit of determination and drive. I truly believe I have the history and the temperament to make our voice heard in Washington."