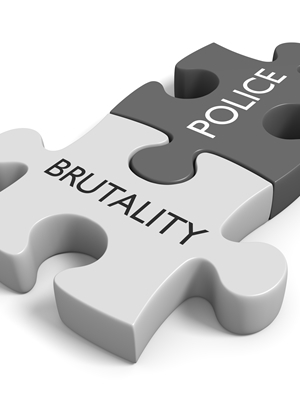 BATON ROUGE – The Baton Rouge Police Department is rethinking its warrant language and search policies after a federal court found that members of the police department had authorized an unlawful strip search, and committed assault and battery on a subject.

Brett Percle sued Officer Robert J. Moruzzi after Moruzzi and his colleagues raided a Lila Avenue house where Percle was visiting. The officers allegedly found a few ounces of marijuana and $1,600, and arrested the homeowner and another person. Neither person was formally charged.

Percle was not one of those arrested; however, he was strip searched during the raid.

“The extreme privacy violation of a strip search means that it should be conducted only in very limited circumstances when there is specific cause to believe that it’s appropriate in an individual circumstance,” Marjorie Esman, director of the American Civil Liberties Union of Louisiana told the Louisiana Record.

Percle testified that he was ordered to lie on the floor and that Moruzzi stomped on the back of his neck. One of Percle’s teeth was dislodged and others were damaged. According to his testimony, he and the other people in the house were brought into the kitchen one by one and told to undress to be searched.

“In Mr. Percle’s case, he was not arrested; the warrant didn’t permit a strip search; there was no probable cause to conduct the search; and the search was clearly a violation of his rights – which is why the jury found in his favor,” Esman said.

The jury of seven found that Cpl. Robert Moruzzi used excessive force, and committed assault and battery; and that Det. Jason Acree authorized an unlawful strip search without a warrant.  The jury awarded Percle $25,000 in damages.  According to the verdict form, the city showed “deliberate indifference” toward warrantless strip searches.

Baton Rouge Police Chief Carl Dabadie Jr. admitted that the warrant was not broadly written enough to allow searches of suspects in the house. He said that a strip search would have been allowed if the warrant had included a clause stating that Acree wanted to search any people found in the house.

The police department is reviewing its policies, but some legal professionals and civil rights organizations have expressed concern that simple changes in wording will not fix the overall problem.

East Baton Rouge Parish District Attorney Hillar Moore III said that strip searches should occur only in rare cases where the warrant specifically calls for them.

The formal policy laid out by the Baton Rouge policy department also says that strip searches should rarely be conducted before an arrest.

Neither of the officers in the case has faced internal discipline at the police department. Usually, an investigation would be opened when a member of the public makes a complaint. Percle testified that he tried to make a complaint, but that the internal affairs detective did not return his calls. The department said that Percle’s calls were returned, but he never followed through with the complaint.