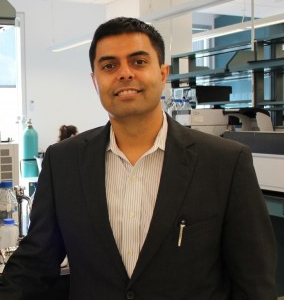 NEW ORLEANS – Biogenetics testing firm Renaissance Rx and its founder are facing a lawsuit from the company’s former CEO who says he was promised a one percent stake in the company, now worth an approximate $250 million, for serving as its leader–an agreement he maintains was later abandoned.

In the lawsuit, Guzan claims that he and the companies he owns have numerous business interests with Jolly for which he is owed a large amount of shared revenues and other income. Most notably, from Oct. 1, 2012 to Sept. 13, 2013, Guzan says he served as the interim CEO for UTC Laboratories, now known as Renaissance Rx, a local biogenetics testing firm founded by Jolly that has experienced exponential growth over the past few years.

Renaissance Rx has grown from a handful of employees in 2012 to around 900 nationwide as of late last year, of which 80 were headquartered in the startup incubator New Orleans BioInnovation Center. Last September, the firm, which specializes in genetic testing to determine the suitability of certain drugs for patients, announced it would be moving out of the New Orleans BioInnovation Center by investing $8 million into a 30,000 square foot headquarters located on St. Charles Avenue in New Orleans.

Last September, in a joint press release with Louisiana Economic Development, Renaissance Rx announced the move would add 425 jobs to the company at an average annual salary of $54,100, which would in part be supported by tax incentives and other state programs including taxpayer grants worth $925,000 over the next five years.

Shortly after announcing the new headquarters, Renaissance Rx received an investment of more than $50 million by TPG Growth, an international investment fund, in return for a 20 percent stake in the business. According to the valuation created by the TPG investment, Guzan’s disputed one percent stake in the company could now be worth at least $2.5 million.

Guzan claims that, despite a verbal offer otherwise when he was hired as CEO in September 2012 and subsequent acknowledgment of the ownership status in writing, Jolly has refused to transfer the promised one percent ownership stake in Renaissance Rx.

The lawsuit also says that Jolly now insists that talk of providing Guzan a percentage of the company was contingent on Guzan enrolling physicians into a large Medicare study being headed by Renaissance Rx.

Guzan says in the lawsuit that for his services as interim CEO he was to receive part ownership in lieu of a salary and that further he was shown a draft of a membership interest listing him as owning one percent of the company with another partner, Aaron Dirks, owning five percent and Jolly owning the remaining 94 percent.

Guzan now claims Jolly is trying to back out of the promise of granting him any ownership interest in Renaissance Rx and has instead offered payment in the amount of $75,000 for his services. In emails filed as exhibits with the lawsuit, Jolly maintains that Guzan does not have an ownership interest in the company.

In one email Jolly stated he was surprised that Guzan would still be asking for a stake in the company.

“[C]learly, you and I see the contribution very differently. I am truly shocked that you continue to value your contributions as significant enough to ask for 1% of the company. To be fair, I have always intended to give you something for the efforts,” Jolly stated.

Concerning the $75,000 Jolly offered Guzan for his time as CEO, Jolly stated that the amount was based on the valuation of Renaissance Rx at the time Guzan left the company and that only later, after Guzan’s departure as CEO, the firm experienced a great increase in revenue.

“You expressed that you could bring many, many clients. To this date you have brought 0 business to UTC. As you, I hoped we could make UTC very successful during the time you were there. For better or worse, [through] your contributions and mine, we were barely able to make it stay afloat. Only much after you resigned as CEO and stopped all contributions to UTC at a very early stage, did we have a turn in fortune to become a revenue generating group,” Jolly stated in another email to Guzan.

In a response email Guzan stated he believed the valuation of the company was much higher than $7.5 million when he left.

In addition, Guzan stated there was never any type of fee arrangement in place regarding his payment for serving as CEO.

"You have offered $75,000 as initial services fee but again this type of arrangement was never offered prior and during my role in the organization. Only the percentage option. Furthermore, our employment agreement also discusses vesting in the Labs and was to be part of a future agreement," he stated in an email.

In addition to the dispute over Renaissance Rx, Guzan claims Jolly owes him unpaid wages, management fees, ownership interests and other damages for refusing to transfer ownership interest in companies. Guzan says that Jolly has acknowledged that he owes various sums due to their business dealings.

Guzan contends that Jolly owes him $382,615.36 in wages and a bonus due for his work for Louisiana Pain Specialists and $81,318.88 under an ownership agreement the two have in Crescent View Surgery Center.

Guzan is accusing Jolly of breach of contract in the lawsuit and is seeking to recover an unspecified amount in damages for the business deals that have allegedly gone awry.

The case has been assigned to Div. N Judge Ethel S. Julien.