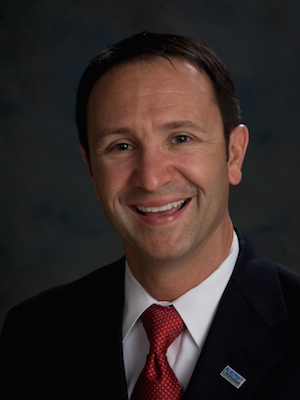 Landry, who took office on January 11, said his administration has terminated several contracts with private lawyers put in place by his predecessor, James “Buddy” Caldwell, who lost his bid for re-election in November.

Although Landry’s office has not uncovered any evidence of wrongdoing or unethical behavior on the part of private lawyers who were party to the contracts under Caldwell, he said these types of arrangements send the wrong message to taxpayers.

“It’s a matter of public perception,” Landry told the Louisiana Record on Tuesday. “The average person looks at these private contracts and thinks they were curried through political positioning.”

Landry has previously stated that Caldwell’s office contracted with several private lawyers who were paid approximately $40 million by the state for work involving the 2010 BP Gulf oil spill.

In addition to canceling the contracts, Landry has created an internal office policy that prohibits his staff from engaging in any sort of private legal work on the side.

Once lawyers are done serving in the public sector, he explained, they are free to return to private practice. Landry also noted that he, too, is prohibited from performing any kind of private legal work while in office.

This policy is in line with similar prohibitions imposed on state lawmakers, Landry added.

“The legislature has gone through great pains to restrict private businesses from engaging in public business," he said. "If you are a state House or Senate member (who owns a private business), you can’t do business with the state.”

Landry has been vocal about what he claims are improper links between Caldwell and his political supporters. Last November, he criticized the former AG for awarding state contracts to private law firms that contributed to his political campaign.

Landry said he is unaware of any violations of state law or ethics rules in connection with the former AG, however, some of the contracts sent the wrong message to residents.

“There were a handful that were taking it to a different level and asking the state for a contract,” he said. “That is just not the type of perception we want citizens in the state of Louisiana to have. Our office is above that. We want to be tough on public corruption.”