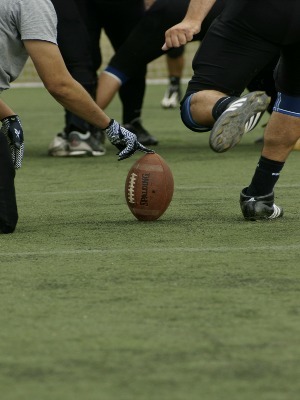 BATON ROUGE – A member of the Tulane University football team and his parents are suing over treatment he allegedly received from members of the athletic department.

Brandon Purcell, Dr. Ralph Purcell and Gail Purcell filed the suit March 3 in U.S. District Court for the Middle District of Louisiana against Tulane University and members of the athletic staff at Tulane, citing discrimination and harassment under the Americans with Disabilities Act and the Rehabilitation Act.

According to the suit, Brandon Purcell is the son of Ralph Purcell and Gail Purcell. In the fall of 2013, Brandon Purcell became a student at Tulane and allegedly was recruited as a walk-on to be a kicker for the football team. When the coach who recruited him became ill, Doug Lichtenberger was hired as special teams coach, the suit states. Before he entered Tulane, Brandon Purcell was diagnosed with a learning disability, and the accommodations he required were allegedly put into place by Tulane. Those included taking early classes, which purportedly sometimes conflicted with football practice.

Ultimately, the suit states that the plaintiff was kicked off the team in March 2015. His parents appealed on his behalf and the plaintiff was allowed back on the team, but since that meant that some members of the athletic staff had overruled defendant Lichtenberger, the suit alleges he increased the abuse and retaliation against the plaintiff. Some of his teammates began verbally abusing him as well, according to the complaint.

As a result, plaintiff Brandon Purcell endured physical and mental pain and suffering, medical expenses, loss of earnings past and future and loss of consortium with his parents, according to the suit.

In addition to damages for the aforementioned and a trial by jury, the plaintiffs seek other relief as the court deems just and proper. They are represented by Wanda Anderson Davis of Leefe, Gibbs, Sullivan and Dupre in Metairie.