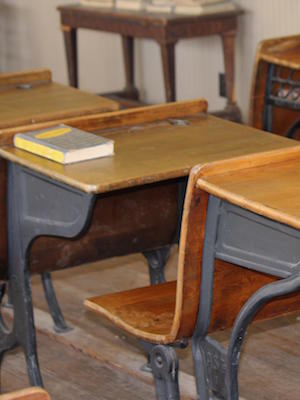 The fight for control of public education money in Louisiana will have another round in court now that the state teachers union and local school board members have challenged a district court ruling.

Members of the Iberville Parish School Board and the Louisiana Association of Educators have appealed a May 2015 decision from the 19th Judicial District Court for the Parish of East Baton Rouge. The court upheld a 1995 law authorizing state officials to fund charter schools.

Although the Iberville Parish case centers on $3 million, the outcome of the lawsuit could impact as much as $60 million distributed to 25 schools with 13,000 students across the state.

“Money will always be the biggest area of dissension in education as long as school boards maintain the flawed position that the money belongs to one set of systems and not to the people,” Jeanne Allen, CEO of the Center for Education Reform, told the Louisiana Record. “They have misinterpreted their role. They, school boards, are the stewards of money, not the controllers.”

In 2014, the Iberville school board alleged that the state Board of Elementary and Secondary Education had wrongfully given district money to a charter school. Instead of the $16 million the district ordinarily would receive to use during the school year, in 2014 the state board appropriated $3 million to Iberville Charter Academy.

The district court determined that charter schools are public schools and the current funding plan established by the state can continue. Under that plan, every state-approved Type 2 charter school receives money from taxpayers. The amount is based on the number of students attending the school. As more students leave traditional public schools, funds to local school boards dwindle.

If the elected school board and teachers union are successful in their appeal, public funding would be discontinued to Type 2 charter schools in Louisiana, which could force the schools to close.

“Lawsuits over funding are always a threat,” Allen said. “But whether the charter schools in Louisiana will actually lose their funding, I highly doubt it because 15 state supreme courts with similar cases have all voted the same way. They have determined that parents are the right conduits for public money.”

According to Allen, the bureaucracy of school districts and school boards was created to manage the massive number of students in communities, not because it was the ideal system for education. Parents are making it clear that they want a choice and elected school boards should be listening.

“The disruption of funds to the charter schools would have disastrous and inequitable effects first and foremost on the children who attend these schools and rob these (largely underprivileged) kids and their parents of their only chance at a quality education,” a friend of the court brief filed by Jeannette Franklin, Christin Kaiser and PublicSchoolOptions.org said.