NEW ORLEANS — To Danny Luneau, a criminal defense attorney and a Louisiana native, his job is about giving people accused of a crime “a fair shot.”

“A lot of people, the deck is stacked against them,” Luneau, a partner at Fife Luneau in Denver, Colorado, told the Louisiana Record. Between the prosecution and police, those people need an attorney who will work hard on their behalf. “That’s the part I like — to make sure the process is fair for my clients.” 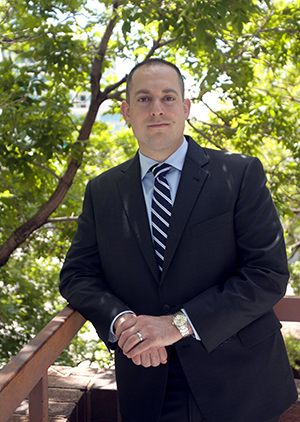 Luneau represents clients in cases involving DUI, drug, assault, theft and sex crimes. In recognition of his work, Luneau was selected for the National Trial Lawyers: Top 100 for the third time.

The graduate of Loyola University New Orleans College of Law is in his fifth year of practicing law. The Top 100 is an invitation-only organization made up of criminal defense and civil plaintiff attorneys who are nominated by their peers and go through an extensive evaluation process. Attorneys aren’t automatically re-admitted each year.

“It’s a huge honor,” Luneau said. “I’m on a list with some of the most famous lawyers in the country.”

Preparation makes the difference between a good lawyer and an average one, Luneau said. He thinks the time he devotes to knowing his cases sets him apart from other criminal defense attorneys.

“I go through intense preparation," he said. "I know that case better than anyone."

In addition to the Top 100, Luneau has been named a Top 40 under 40 Trial Lawyer by the National Trial Lawyers Association. The National Association of Distinguished Counsel also ranked him as a top 1 percent trial attorney in the country. He has also been designated a “Super Lawyer” by a rating service that recognizes attorneys in 70 practice areas who have a strong reputation among their peers and notable professional achievements.

Luneau is credited with helping uncover erroneous blood-testing at the Colorado State Laboratory. The lab later halted its testing of blood-alcohol and drug testing. While the lab's inaccurate results actually favored defendants because they often were lower than separate tests ordered by defense attorneys, it was important to uncover the errors, he said. Investigations at the lab prompted by the bad test results found a lack of training and bias toward prosecutors.

“It showed a sloppiness and just an inattention to detail,” he said. “Our test is what opened up Pandora’s box.”