NEW ORLEANS – The now resigned president of a development company that has stalled work at the World Trade Center with litigation over how the city awarded a bid in the project remains under a judge's order to appear for deposition next week.

The litigation may – or may not – be winding down. 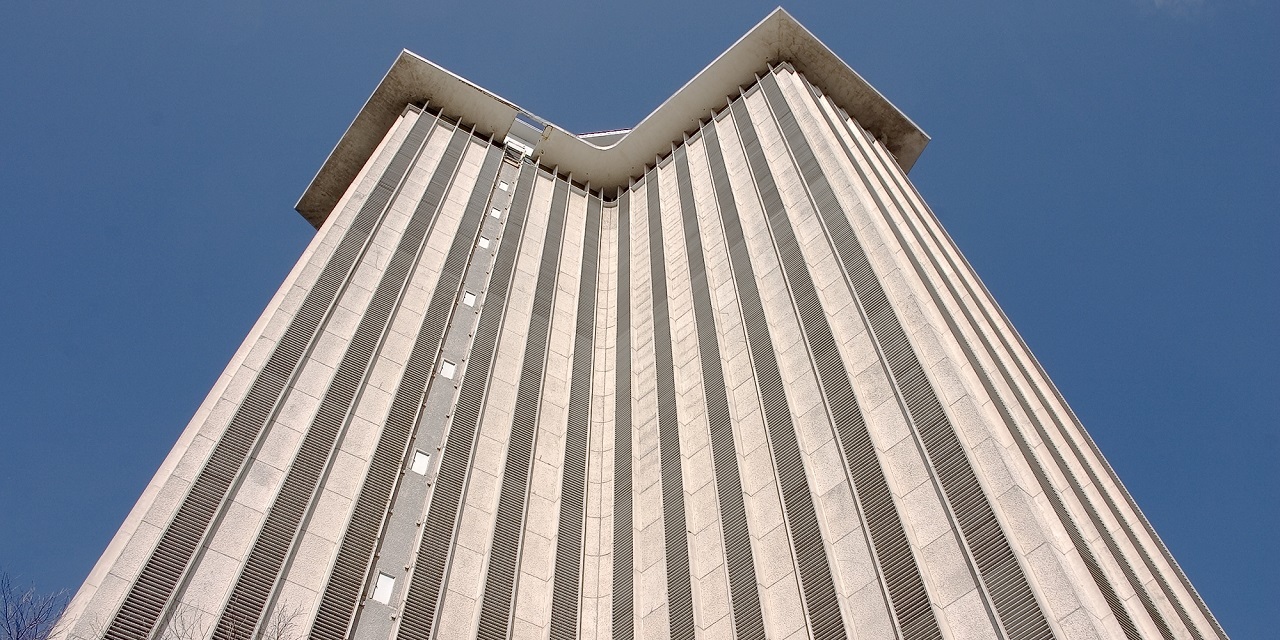 Two Canal Street Investors was a losing bidder on the city's effort to redevelop the 33-story former office building on the riverfront. Development of New Orleans' 33-story former World Trade Center, located on the riverfront, was leased last year to the development team led by Carpenter & Co. of Massachusetts and Woodward Interests of New Orleans.

"The case captioned TCSI v. NOBC, et. al., was just remanded back to the Civil District Court from the Fourth Circuit Court of Appeal, so there is currently no trial date pending," Charline K. Gipson, a Davillier Law Group attorney, said during a Louisiana Record email interview on Friday. "Judge Chase has issued an order setting a status conference to set the trial date, as well as a contradictory hearing to rule on the pending motion to withdraw for Oct. 20, 2016."

Despite their request to withdraw as Two Canal Street Investors' legal counsel, Davillier Law Group still believes in the litigation, Gipson said. "We have always believed in the meritorious claims of Two Canal Street Investors, Inc. with respect to the questionable award of the 99-year lease of the 2 Canal Street public property to the lowest bidder by over $1 billion compared to all four of the other prequalified bids," she said. "We still very much believe that the procurement process and resulting lease at issue violated the Public Lease Law, at a substantial cost the citizens of New Orleans."

Meanwhile, Two Canal Street Investors' now former president Stuart "Neil" Fisher, who announced his resignation from the company via Facebook late last week, remains under Chase's order to appear for deposition in New Orleans on Wednesday. The Florida businessman has for months evaded deposition and it isn't clear he will turn up in New Orleans next week to answer defense attorneys questions. Fisher may face court sanctions if he fails to appear.

Fisher has consistently not responded to Louisiana Record requests for comment.

With Fisher's resignation, the only officer remaining who could keep the litigation going appears to be New Orleans attorney Al Thompson Jr., who is listed in court documents as Two Canal Street Investors' secretary. Thompson could not be reached for comment.

Chase is in a difficult position in the litigation. The judge has stated publicly that she is disinclined to delay a trial beyond the end of October and she faces a full docket in November. However, she also is obligated to hold the trial within 60 days from the Fourth Circuit Court of Appeal's Sept. 23 decision to vacate her dismissal in July of Two Canal Street Investor's primary lawsuit in the litigation.

That dismissal came after $750,000 in security for court costs had not been paid, pursuant to a law signed in by Gov. John Bel Edwards that has had significant bearing on the litigation. Two Canal Street Investors appealed that dismissal.

"The pending motion to withdraw is a sensitive legal matter," Gipson said. "Because of our ethical obligations pursuant to the attorney-client privilege, we will not make any public statements on that relationship. Carpenter-Woodward has not filed any written opposition to the motion to withdraw, but my understanding is that their counsel stated in court yesterday that they would oppose the motion to withdraw to the extent it delayed trial."

For its part, a spokesman for the other side of the case, winning bidder Carpenter -Woodward, said that development group is pleased with this week's developments. "The developers of the Four Seasons New Orleans are pleased the court has established a specific time frame to hear arguments in what we have all along contended is a frivolous attempt to scuttle this transformative job creation and economic development project," Greg Beuerman, spokesperson for Carpenter-Woodward, said in his own email to the Louisiana Record Friday. "Since Carpenter-Woodward was awarded the rights to redevelop the former World Trade Center building in March 2015, the last-place finishers have repeatedly sought inventive ways to delay this project, its $400 million infusion into the local economy and the more than 2,000 permanent and construction jobs that Four Seasons New Orleans will bring to our city and region."

Fisher's resignation appears to be yet another attempt at delay, of which Chase took notice, Beuerman said. "We are pleased the court has seen through this latest, highly cynical attempt to game the legal system by forcing yet another delay, and look forward to the upcoming opportunity to resolve these baseless issues once and for all, to the benefit of the people and the City of New Orleans," he said.

Fisher, in his Facebook post that announced his resignation as president of Two Canal Street Investors, expressed no regrets. "After more than 18 months in litigation and in spite of efforts by the City of New Orleans and Carpenter-Woodward-Four Seasons to manipulate the Louisiana State legislative process, to change the law (retroactively), reverse a hundred years of jurisprudence with having the trial court set plaintiff bonds for cost in legal proceedings (in this case $750,000) – and a host of other procedural road blocks set by the City of New Orleans and Carpenter-Woodward-Four Seasons – this lawsuit and the true facts surrounding the award of the 99-year lease to the lowest as opposed to the highest bidder will soon go to trial," Fisher's Facebook post said.

Speaking in third person, Fisher said he still believes in the cause that drove his litigation against the city. "Fisher remains a strong proponent of the TCSI litigation, a champion of a fair and equitable bidding process bringing the best and highest return to the citizens of New Orleans," his Facebook post said. "This litigation is not about Fisher, has never been about Fisher, but concerns those involved in the manipulation of this skewed RFP bidding process. However, much the same as Moses in the Old Testament, the task of bringing this to conclusion will rest with the new president and board who will energetically pursue this matter to trial leaving no stone unturned with the proper resources to do so."

Want to get notified whenever we write about Davillier Law Group ?

Sign-up Next time we write about Davillier Law Group, we'll email you a link to the story. You may edit your settings or unsubscribe at any time.