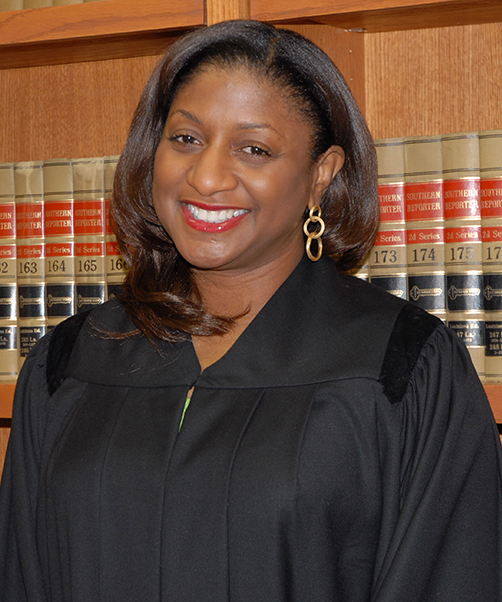 Shreveport City Court Judge Sheva M. Sims, who was recently elected as District 6 Director of the National Association of Women Judges, said it was an honor to have the association's conference in Shreveport, a first for the city.

The conference titled, “The Changing Faces of the Judiciary in 2018 and Beyond: Celebrating Our Women Judges,” was held from March 6-8.

“The NAWJ has held their annual conference in New Orleans, but this is the first time in history that they are here in Shreveport, and I'm grateful for that,” Sims told the Louisiana Record. “But it takes a lot of work and a lot of time from a lot of individuals.”

Sims was sworn into the District 6 Director position during the NAWJ’s 39th Annual Conference in Atlanta.

“It was an honor to be sworn in as District Director of such an influential organization of dynamic and powerful women judges throughout the United States,” Sims said in a Louisiana Supreme Court press release.  “I am committed to the goals of the National Association of Women Judges, the promotion and advancement of women jurists and the insistence upon equal access to justice for all members of our society.”

Sims has been a member of NAWJ since 2012, the release.

In working with NAWJ, Sims had a chance to be involved with Mentorjet, a program that allows students to meet with and learn from judges and lawyers.

“A lot of little girls especially and little boys don't seem to have an opportunity to be mentored and see a judge or an attorney up close and see what the job is about,” Sims said.

With the Mentorjets program, Sims said students learn how judges and lawyers get to their current position.

The NAWJ also works with federal and state courts to address the issue of human trafficking.

“We have speakers on domestic violence and human trafficking, which are very important issues that are increasing in our area,” Sims said.

“D’Souza nominated me and she saw something in me and felt I was good enough to be in a position that she just held,” Sims said.

Sims has a bachelor’s degree in mathematics from Dillard University and a Juris Doctorate from Southern University Law Center in Baton Rouge. She worked as a high school mathematics teacher in New Orleans, and then attended law school.