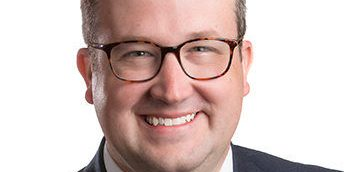 A Louisiana attorney has filed a federal lawsuit challenging the requirement that anyone who practices law in the state much join the Louisiana State Bar Association.

New Orleans lawyer Randy Boudreax said he shouldn't have to pay dues to an organization that engages in political advocacy that he does not support or agree with.

Boudreax and his legal team said the US Supreme Court's decision in last year's Janus vs. AFSCME case, which said that public employees cannot be required to pay fees to unions as a condition of their employment, provides a strong legal basis for their suit.

Daniel Erspamer, CEO of the Pelican Institute for Public Policy, said the case is, at its core, about the right to free speech.

"The only purpose of this lawsuit, as was the case with the precedent-setting Janus vs. AFSCME, is to ensure the free speech rights of Louisianans are protected and not infringed upon," Erspamer said. "Forcing them to participate in political advocacy they don't support runs directly contrary to our fundamental beliefs and rights as Americans."

The bar association's role in political activities has surprised some who believe the only role of the organization is to assess the credentials of legal professionals to ensure they're qualified to practice. However, bar associations operate much like other trade groups: They advocate for policies they believe are favorable to their membership, though cases like Boudreax's make it clear that not all members are unified around the bar's lobbying efforts.

Boudreax's suit is not the only challenge to mandatory bar membership. There are challenges to the requirement in Oregon, Oklahoma, Texas and Wisconsin.

Most observers think one of the challenges will eventually find its way to the U.S. Supreme Court and expect that the high court will issue a ruling that addresses the issue on a nationwide basis.