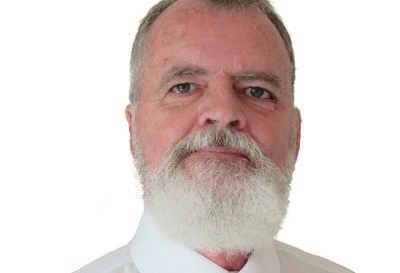 NEW ORLEANS — A Florida attorney who is suing a partner in a New Orleans law firm over alleged collusion in Deepwater Horizon spill settlements is asking the judge presiding over the wide-ranging and long-running litigation to recuse himself.

Brian J. Donovan, a Tampa attorney and one of many original plaintiffs' attorneys in litigation over the spill, said U.S. District Court Judge Carl Joseph Barbier, on the bench in Louisiana's Eastern District, cannot be impartial because he once owned Halliburton and Transocean assets. Barbier long has said he sold those assets in the wake of the disaster to avoid any perceptions of conflict of interest.

Donovan said in his memo supporting his call for Barbier's recusal that the judge's impartiality "might reasonably be questioned" based on his actions since his appointment by the U.S. Judicial Panel on Multi District Litigation (MDL) shortly after the spill. Barbier has since presided over resulting cases against Cameron International, Transocean, Halliburton, British Petroleum and others.

Barbier has shown partiality throughout by, among other things, urging plaintiffs to accept settlements and allegedly colluding with New Orleans attorney Stephen J. Herman to "maximize judicial efficiency while minimizing justice for the plaintiffs," Donovan said in his memo. Herman co-chairs a plaintiffs steering committee made up of attorneys that oversees settlement negotiations in cases filed against BP.

Donovan filed suit against Herman in February alleging Herman colluded with Barbier, BP and victims compensation administrator Kenneth Feinberg to limit damages paid out to plaintiffs suing BP in the wake of the disaster

"Judicial discretion is understandable, indeed necessary, in order for a transferee judge to efficiently manage the hundreds or thousands of cases which may be transferred to an MDL court for coordinated or consolidated pretrial proceedings for the convenience of parties and witnesses and to promote the just and efficient conduct of such actions," Donovan said in his memo. "An 'abuse of discretion' occurs when the transferee judge makes a decision which is clearly against reason and evidence or against established law."

Donovan filed his motion to recuse Aug. 7 "on behalf of himself, his clients, and all others similarly situated."

Donovan's call for Barbier's recusal comes almost nine years after Cameron International, the blowout prevention contractor on the Deepwater Horizon rig, withdrew its motion for the judge to recuse himself. At the time, Cameron had been seeking to replace Barbier as the pretrial judge over the then-five-state oil spill litigation stemming from the Deepwater Horizon disaster in the Gulf of Mexico April 20, 2010.

In that disaster, 11 workers were killed when the Macondo Prospect on the Deepwater Horizon exploded and sank, creating the largest oil spill in marine oil drilling history over the next 87 days.

Cameron's attempt at Barbier's recusal stemmed from a Bloomberg News report that 12 federal judges in the area affected by the spill had recused themselves over alleged conflict of interest. Barbier subsequently reported that he instructed his broker to sell "the few Transocean and Halliburton bonds" he held to avoid any "perception of a conflict in these cases."

Donovan said in his memo that Barbier should have recused himself then, for the same reason he should recuse himself now.

"Plaintiff [Donovan] respectfully points out that, pursuant to the federal recusal statute, Judge Barbier should have recused himself from any further proceedings involving cases related to the Deepwater Horizon oil rig," Donovan said in his memo. "Alternatively, if Cameron had pursued the matter, the Fifth Circuit would have directed Judge Barbier to recuse himself."