Lawsuit watchdog wants legislators to take stand for constituents, not the trial bar 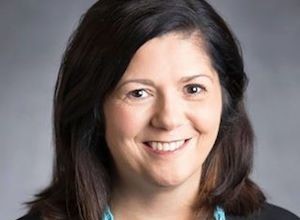 Louisiana Lawsuit Abuse Watch (LLAW), a non-partisan watchdog group, says that voters should pay attention to the voting records of lawmakers and see which ones are truly looking out for their best interests.

"We need legislators who will take a stand for their constituents – not the trial bar," said LLAW Executive Director Lana Venable. "Families and businesses are struggling to pay the high cost of auto insurance, as well as increased costs for other goods and services that are passed down as a result. Basic reforms such as those included in Rep. (Kirk) Talbot’s HB 372 during the recent legislative session would be a step in the right direction."

LLLAW isn't the only one dissenting against the decisions of those lawmakers. The Louisiana Committee for a Conservative Majority, led by Attorney General Jeff Landry and U.S. Sen. John Kennedy (R-Louisiana), sent mailers blaming the three legislators. The bill died in committee after an actuarial report indicated the bill would not clearly lower costs.

Gatti, one of the lawmakers targeted by the mailings, told The Advocate that conservative groups are seeking to punish him for siding with consumers rather than big insurance companies.

"They will not be happy until everyone in the legislature becomes their puppet," Gatti told The Advocate.

Luneau, who is also a target of the mailers, told The Advocate his biggest issue with the attacks is that they're simply not true.

"I’m a big boy. I’ve got thick skin. I can take it. The thing I don’t like about it is when they outright lie about you,” Luneau told The Advocate.