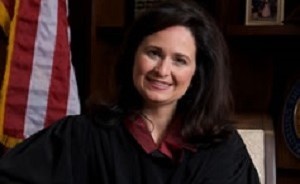 A police officer can sue a Black Lives Matter activist for injuries after the officer was struck with a rock during a protest, the U.S. Court of Appeals for the Fifth Circuit ruled Aug. 8.

The officer, identified as John Doe in the lawsuit, sued after he was injured during a protest in Baton Rouge. It’s not known who threw the rock, but Doe sued Black Lives Matter and activist DeRay Mckesson, who was present at the protest. He sued for negligence, respondeat superior and civil conspiracy.

The U.S. District Court for the Middle District of Louisiana dismissed his lawsuit and denied his motion to amend. But Doe filed an appeal, and the appeals court determined that the lawsuit should not have been dismissed against Mckesson, at least as far as negligence is concerned. It reversed the ruling in part, affirmed in part and remanded back to the lower court.

The appeals court said Doe’s vicarious liability claim falls short as he failed to “allege facts that support an inference that the unknown assailant ‘perform(ed) a continuous service’ for the assailant’s ‘physical movements subject to the control or right to control’ of Mckesson,” the ruling indicated.

It also dismissed Doe’s civil conspiracy claim, saying Doe failed to detail how Mckesson operated in any type of conspiracy. While he said Mckesson provoked a protest, that did not prove that Mckesson secretly teamed up with the unknown rock thrower who ended up hitting Doe, the court ruled.

But the court refused to dismiss Doe’s claims of negligence that Mckesson “knew or should have known” that the protest could get physical, according to the lawsuit. The appeals court noted that Doe properly showed that Mckesson breached his duty of reasonable care during the protest. It determined it was “foreseeable” that police would get involved and “Mckesson should have known that leading the demonstrators onto a busy highway was most nearly certain to provoke a confrontation between police and the mass demonstrators, yet he ignored the foreseeable danger to officers, bystanders, and demonstrators, and notwithstanding, did so anyway.”

The appeals court said Mckesson didn’t perform reasonable care during the protest. It added that Mckesson’s breach could have very well caused Doe’s injury. While the person who actually threw the object isn’t known, Mckesson allegedly instructed the protestors to block the highway, causing the police to get involved. And since blocking the highway is illegal, the appeals court said, this isn’t protected under the First Amendment, overturning the lower court’s ruling.

The appeals court ruled that Black Lives Matter is not an entity that can be sued.

Doe had argued that the organization was created by three women, has leaders and chapters and took part in protests, but he failed to claim that it actually has any property, a formal membership that calls for dues to be paid, or a binding agreement, the court held.

The incident took place July 9, 2016. Baton Rouge police officers were called to the protest and told to stand in front of other officers who were ready to make arrests. Mckesson was described as “the prime leader” in the opinion. Mckesson was also allegedly present when protestors tossed full water bottles but did not call for the violence to stop or tell the crowd to calm down.

Doe was struck in the face. He lost teeth, and suffered brain, head  and jaw injuries.