Louisiana not so busy in employment lawsuits, but attorneys can learn from recent report, litigation data expert says 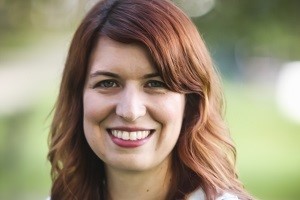 A California-based legal analytics provider has found that about one-third of all employment-related lawsuits filed in federal court over a 10-year period were bought in the Southeast.

More than 218,000 employment cases - such as discrimination, wage and retaliation claims - were filed within all federal district courts between 2009 and 2018, and more than 68,000 of them were filed in the southeastern region - defined as Alabama, Florida, Georgia, Louisiana, Mississippi and Texas for purposes of the study.

Louisiana, however, is considered somewhat of a sleeper in the number of employment suits filed in its three federal districts the last few years. An analyst with researcher Lex Machina said attorneys in the state could learn from these results.

Legal data expert Rachel Bailey said Louisiana's relatively low number of federal employment lawsuits filed is what can be expected in a state that doesn't have the population of Florida's or Texas' southern districts..

"Louisiana has a much smaller population; it doesn't have big filing numbers," she said.

Between 2016 and 2018, 1,129 employment cases, based on accommodation, the Americans with Disabilities Act, Discrimination, Fair Labor Standards Act (FLSA), Family Medical Leave Act (FMLA) and retaliation, were filed, according to Lex Machina's 2019 regional report, "Employment Litigation in the Southeast."

Louisiana's Eastern District accounted for 527 of those cases, according to the report.

Those numbers are dwarfed by the 3,781 employment cases filed in Florida's Southern District in that time, 3,025 in that state's middle district and 2,294 filed in Texas' southern district, according to the report.

An outlier in the data was a spike in Louisiana's Eastern District in 2009, Bailey said.

"It's very steady except for in the Eastern District of Louisiana," Bailey said. "That district in 2009 had a large number of FLSA filings, 200 cases over alleged FLSA violations against Big Lots. That was a spike in 2009, but Louisiana is otherwise very steady."

However, Louisiana becomes a bigger player when it comes to being "an add on," Bailey said, referring to law firms such as Bruckner Burch and Josephson Dunlap, both based in Houston.

"They're practicing in Texas, but then they also have these add-ons in Louisiana," Bailey said. "When you see these larger firms with these sorts of interests, they'll often have an office in Louisiana as well as in Texas."

Louisiana becoming an add-on to an employment case is not so common on the plaintiff's side of a case, Bailey said.

"We see this a lot more on the defense side because the defense side often are large, national defense firms," she said. "They often practice in every single district, and they are well known in New Orleans and in all of Louisiana, despite the fact that they may be headquartered somewhere else."

Lex Machina's report can offer information about data-driven strategy options when trying to decide where to proceed with such a case, Bailey said. .

"This is an opportunity for attorneys in Louisiana to make data-driven decisions," she said. "We are a data analytics company, and a lot of the law firm mentions (in the report) are users. This report gives you an idea of some of the trends. You can look at this report and get an idea of what your success rate on summary judgment might be, verses trial."

The report breaks down case results over the past decade, Bailey said.

"So if you have that information, you can offer counsel to your client based on what the data shows about the rate of success previously," she said. "Then, either if you are on the plaintiff's side or you are on the defense side, you can tell your client that employers usually win in this area of the law and then strategize accordingly."

The report may be obtained here.