Courtrooms don't create a jackpot for our coast or community 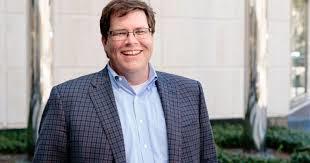 For more than six years, a small group of lawyers have promised a handful of parishes a big payday by suing Louisiana’s oil and natural gas companies. Some took the bait, even though energy companies have operated lawfully here for decades, employ tens of thousands of Louisianians and contribute billions annually to state and parish economies.

Each day, we are bombarded with TV ads and billboards with messages of, “Need a check? Win big with us!” Now, after six years, the lawyers suing the state’s largest industry are pitching us a scheme promising parishes millions of dollars from an energy company, even if you haven’t sued!

Take a closer look at this arrangement, and you will see more government bureaucracy, a non-existent “environmental credit” program and monies for places and projects far outside of the coast. According to media reports, this deal suggests only a quarter of the money will actually be paid upfront, with the promise of other monies dribbling in over 22 years. Who approves the payment of funds and how much parishes may receive is unknown, as is how much these lawyers will be paid “at a later date.”

Over-the-top lawsuits and empty promises of winnings don’t build relationships with our industries. They end them. Lawsuits kill jobs. They don’t grow our coast.

When the oil and natural gas industry is at work, Louisiana people work, companies grow and money is created to build and sustain our coast.

According to the Louisiana Coastal Protection and Restoration Authority (CPRA), Louisiana’s oil and natural gas industry has paid more than $230 million for coastal building and hurricane protection activities during the last four years through its payments of royalties and other fees. Between now and 2023, the CPRA projects that the oil and natural gas industry will pay an additional $410 million for coastal efforts approved through the state Coastal Master Plan. Industry also supports Louisiana’s bid to increase the amount of federal offshore energy revenue.

Thirty-five cents of every dollar spent by the state on coastal master plan projects is funded directly by the energy industry’s activities on and off of Louisiana’s shores.

Energy companies have built real coastal projects for decades here. More than 2,500 acres have been restored by Terrebonne Parish, Ducks Unlimited, the energy industry and the State working together. A large energy company received Louisiana’s top conservation award for planting millions of trees along the coast. Port Fourchon, Louisiana’s connection to oil and natural gas production in the Gulf of Mexico, has funded the construction of 1,000 acres of wetlands with thousands more acres planned.

Not one inch of the coast has been restored as a result of these lawsuits.

Oil and gas production in Louisiana has decreased even though the price of oil has doubled since 2015. The uncertainty and unpredictability created by these lingering lawsuits continue to drive jobs and investments away from Louisiana. Lafayette and Houma are experiencing some of the largest job losses in the country. Both communities grind through a fragile economic recovery when they should be roaring back to life.

Drawn out legal moves and empty promises undermine honest efforts to restore and protect our coast. Louisiana’s energy industry is working in partnership with parishes, the state and the scientific community. All without lawyers promising “big paydays to come.”

Now is not the time to turn our backs on our grandfathers, mothers, fathers, sisters, brothers, cousins and the next generation of energy workers.

It is time to work together in our communities instead of using the courtroom like the lottery.

Want to get notified whenever we write about GROW Louisiana Coalition ?

Sign-up Next time we write about GROW Louisiana Coalition, we'll email you a link to the story. You may edit your settings or unsubscribe at any time.