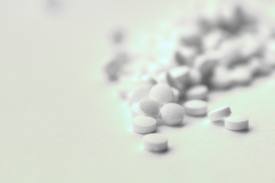 Hingel "violated duties owed to her client, the public, the legal system and the legal profession, causing actual harm," the disciplinary proceeding said. "Her conduct was both knowing and intentional."

In its eight-page disciplinary proceeding, the Supreme Court also ordered Hingel to pay restitution, plus interest, to her client subject of the formal charges, in addition to all costs and expenses in the disciplinary matter against her.

Hingle allegedly failed to perform any services for her client, misled the client about the status of her case, solicited and purchased prescription medication from her and failed to cooperate with the office of disciplinary counsel's investigation, according to the disciplinary proceeding.

Hingel was admitted to the bar in Louisiana on Oct. 18, 2002, according to her profile at the Louisiana State Bar Association's website. Hingel had no prior record of discipline, which was considered the "sole mitigating factor" in the case against her, according to the disciplinary proceeding.

Allegations against Hingel stem her purchase of Xanax, a Class IV narcotic, in late 2016 from a client she was representing in a divorce case, according to various court documents in the disciplinary proceedings against her. Hingel also allegedly attempted to purchase codeine, Vicodin and percocets from the client, offering cash or discounted legal services.

Hingel allegedly performed no legal services for the client, who fired her in December 2016.