LSU law professor: Shreveport judge should have recused himself from lover's cases 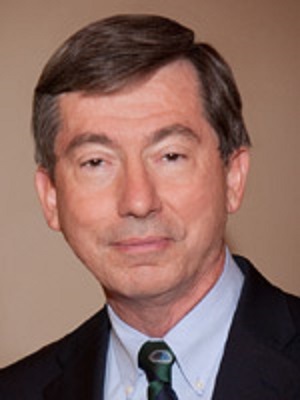 "All I can say is the obvious," LSU Law Professor Emeritus John S. Baker told the Louisiana Record. "The judge had an obligation to recuse himself from his lover's cases."

Baker's comments came shortly after KTBS3's Nov. 26 news report that Irvin was "involved in a romantic relationship" with Cameron Wilson of Shreveport, who had misdemeanor criminal charges pending before the judge.

The subsequent police investigation began after Irvin's ex-girlfriend apparently shot herself in his home the week prior, according to the news report, which cited law enforcement and court records, in addition to unnamed sources. Shreveport police are investigating the shooting and Irvin's alleged activities as a judge in his girlfriend's cases, according to the news report.

"That second investigation is expected to look at whether Irvin’s lover received preferential treatment in city court and if the court docket was manipulated to get her case before Irvin," the news report said.

Irvin, 64, is a Republican and one of four elected judges on the Shreveport City Court, which maintains jurisdiction over violations of city ordinances, state misdemeanor cases, civil matters, evictions and peace bonds, according to the city's website.

Irvin has been in Shreveport City Court's Division A seat for about three decades. He ran unopposed for re-election in 2014 and his current term is set to expire at the end of 2020.

On the morning of Nov. 21, Irvin's ex-girlfriend, identified in the news report only as "a longtime city government employee," entered the judge's Shreveport home and found Irvin in bed with Wilson.

The ex-girlfriend "became upset, found a gun in the home and shot herself under the chin," the news report said.

The ex-girlfriend, who underwent surgery the following Monday, is expected to survive, according to the news report.

Irvin recused himself from Wilson's cases the same day his ex-girlfriend underwent surgery, and a Louisiana Supreme Court justice appointed a temporary judge to sit in Irvin's cases "as needed" in an order that mentioned no disciplinary action, the news report said.

"Police Chief Ben Raymond said all indications are the shooting of the ex-girlfriend was self-inflicted," the news report said. "The second investigation is a public-integrity matter that is looking at whether any criminal activity occurred, but Raymond would not provide specifics."

The answer to those questions could raise more questions, Baker said.

"A "yes" to either should lead to further investigation," the professor said.

Want to get notified whenever we write about Louisiana State University ?

Sign-up Next time we write about Louisiana State University, we'll email you a link to the story. You may edit your settings or unsubscribe at any time.