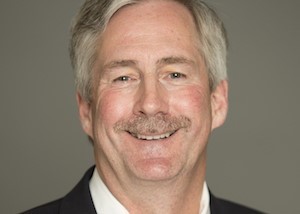 BATON ROUGE – Staged accident insurance fraud aimed at trucking companies in Louisiana - which seem to involve attorneys and judges and currently are under federal investigation - are nothing new, according to insurance, tort reform and state officials.

And it is costing Louisiana residents big, in the form of higher insurance rates.

"Insurance fraud is nothing new, it is as old as insurance," Independent Insurance Agents & Brokers of Louisiana CEO Jeff Albright told the Louisiana Record. "Some people have this false idea that there is nothing wrong with cheating big 'fat cat' insurance companies because they have plenty of money. But the truth is that we all pay higher premiums because of insurance fraud."

Staged accidents in Louisiana, aimed at getting trucking companies and their insurers to pay out do seem to be on the uptick, said Louisiana Coalition for Common Sense communications director Jim Harris during a separate Louisiana Record interview.

"We have been hearing about these types of scams for a number of years and understand they have become more prevalent lately," Harris said. "The complaints from the trucking industry and its state association over the past couple of years have brought the problem to the forefront."

He said that makes it difficult for trucking companies to do business in the Pelican State.

"It is also our understanding that it is difficult for Louisiana truckers to find anyone to write their insurance because of these types of occurrences," he said.

And, according to data released by the state's Department of Insurance, insurance fraud costs each family in the state between $400 and $700 each year in the form of increased premiums.

The FBI and U.S. Attorney's Office are investigating reported cases of staged accident scams against trucking companies in Louisiana.

"Obviously, these staged accidents and other less-organized efforts around the state are part of a much larger problem that has created some of the highest insurance rates in the nation," Harris said.

Last month WWL-TV published a detailed story how such scams against the trucking industry are perpetrated in Louisiana. That story also included information about the indictment of New Orleans resident Damian Lebeaud, charged with intentionally driving a vehicle into a tractor-trailer.

Lebeaud was one of five charged under a federal indictment issued in October, according to a U.S. Department of Justice news release.

The five face charges in the six-count federal indictment of conspiracy to commit wire fraud and other charges and face up to 25 years in prison and a fine of up to $250,000 per count, according to the news release.

It isn't only the five indicted who seem to be involved in these scams, said Louisiana Department of Insurance Public Affairs deputy commissioner John W. Tobler.

"The more eye-opening aspect of this prosecution, as depicted in the federal indictment of these five named individuals, is the apparent involvement of attorneys," Tobler said. "Also the number of other federal cases which were stayed by different judges based on this ongoing investigation."

"I am proud of the LDI’s continuing work to identify and prosecute insurance fraud with our state and federal partners," Donelon said in his news release. "This enforcement action reminds the public of the everyday challenges for commercial trucking companies, school bus operators and non-emergency transportation providers, among others, operating in Louisiana as well as the role our investigative teams play in circumventing fraudulent claims against insurers, who pass those losses on to their policyholders."

Donelon also encouraged Louisiana residents to report all incidents of insurance fraud to the Louisiana Department of Insurance via its fraud hotline at (225) 342-4956 or online at the department's website.

"We hope law enforcement and the courts continue to watch for these illegal activities," he said. "We also believe tort reform such as that in the Talbot legislation last session could help. The Omnibus Premium Reduction Act of 2019 would have reduced the threshold for a jury trial to $5,000, provided for reduced damages for amounts paid or payable from collateral sources and repealed the right of direct action against an insurer. While not a complete answer, passage of this legislation would be several steps in the right direction."