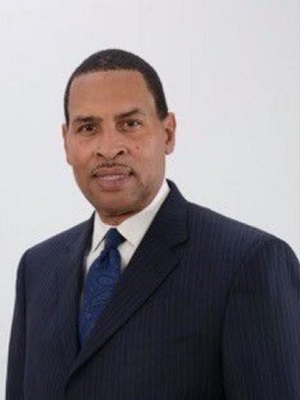 The committee was acting on a second complaint it had received about Johnson's campaign, this time that the campaign had alleged untrue claims in a mailer and on social media about the judicial experience of Jewel E. "Trae" Welch, Gunn told the Louisiana Record.

"The committee voted to dismiss the remainder of the allegations of the complaint, as the Oversight Committee did not find clear and convincing evidence that Ronald Johnson's campaign violated Canon 7 of the Code of Judicial Conduct," Gunn said. "The Judicial Campaign Oversight Committee's file on the matter is closed."

Johnson himself declined a Louisiana Record's request to comment about the committee's investigation and what he expects in his time on the bench filling out the remaining year of now-retired longtime 19th Judicial District Court Judge Mike Erwin's term.

"Due to my changing roles and positions, as well as being subject to a host of oversight, professional rules and judicial canons I am becoming aware of, I am limited and restricted in responding to your invitation and therefore decline," Johnson said in an email to the Louisiana Record.

Johnson, a Democrat, received his law degree from Southern University Law Center in 1984 and he was admitted to the bar in Louisiana in October of that year, according to his biography at his campaign's website and his profile at the Louisiana State Bar Association's website. Johnson spent two years as an assistant attorney general at the Louisiana Department of Justice before starting up the Baton Rouge law firm Johnson & Associates in 1987.

His twin brother, Donald Johnson, has sat on the 19th Judicial District Court since he first was elected in 2006 and has since served on all divisions of the court, according to his biography at the court's website. He currently serves on the Criminal, Traffic, Drug Treatment and the Pretrial Release Court.

Ronald Johnson's campaign for a seat on the same court ran into trouble in June when he admitted to violating state election codes governing judicial candidates. In that matter, he agreed to stop personally soliciting campaign contributions and wearing a judge's traditional robes in his campaign ads as part of what was called an "informal resolution" with the judicial oversight committee.

Ronald Johnson also posted a disclaimer on his website acknowledging he had broken two judicial canons.

Johnson told The Advocate at the time that he took responsibility for the "errors" made due to an oversight.

"Any time you run for office you're subject to making mistakes," Johnson was quoted in The Advocate.

On Nov. 11 the judicial oversight committee issued a rare public statement to announce it had received a second complaint against Ronald Johnson, this time over a campaign mailer.

"A review of the public records of the East Baton Rouge Clerk of Court's Office, however, demonstrates that Mr. Welch has in fact handled numerous civil, probate, and family law cases," the public statement said. "The committee believes that the mailer and statements made by the Johnson campaign mislead the public and misrepresent Mr. Welch's legal experience."