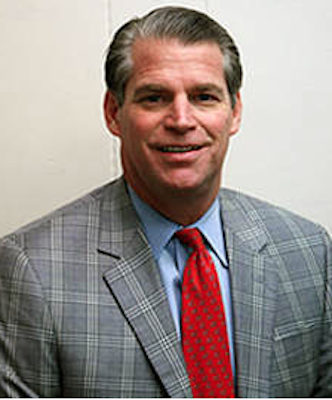 A disabled New Orleans man 's lawsuit against the New Orleans Saints over the Superdome's handicapped-accessible seating is set to go to trial in early March.

Longtime fan Shelby Bailey, who's had season tickets for 37 years, claims that before a renovation to the Superdome in 2010, he and other wheelchair users had special seating on raised platforms to watch the games.

He uses a wheelchair and has a ventilator to help him breathe because of his muscular dystrophy, according to the lawsuit.

But since 2011, he and other disabled fans “have absolutely the worst seats in the house,” Bailey’s attorney, Andrew Bizer, told the Record.

Bailey has been trying to work something out with the Superdome for years to get unobstructed seats.

“I spoke to stadium management many times and they moved me around a lot,” he told The Daily Comet. Even so, every seat the Mercedes-Benz Superdome management company has given Bailey has had partially obstructed views during some parts of the games, Bizer said.

When Bailey read about Bizer’s successful “green line case” that forced the St. Charles Street streetcar line to accommodate the handicapped, Bailey realized he might be able to file a lawsuit. He got in touch with Bizer.

Bizer is frustrated that the Superdome Commission and its management company has not stepped up to fix the situation.

“If you treat the disabled as a priority, you will do the right thing and follow federal civil rights law,” Bizer said. “Instead, they are fighting us.”

Trial is scheduled for March 2, at federal court in New Orleans.

The 44-year-old Superdome will soon undergo a $450 million, multi-year overhaul to get the stadium ready for 2024, when New Orleans will host the Super Bowl. The Louisiana Stadium and Exposition District (LSED) has promised that the massive renovation will totally reconfigure and replace the ramps, walkways and mazes that fans now have to navigate to get to their seats.

When the first architectural plans for the renovation were displayed last month, Kyle France, the chairman of the LSED, also known as the Superdome Commission, said that the commission was committed to creating more seating for people with disabilities.

Bizer said there are more than 70,000 seats in the Superdome. He said at least 700 ADA-compliant seats are needed.