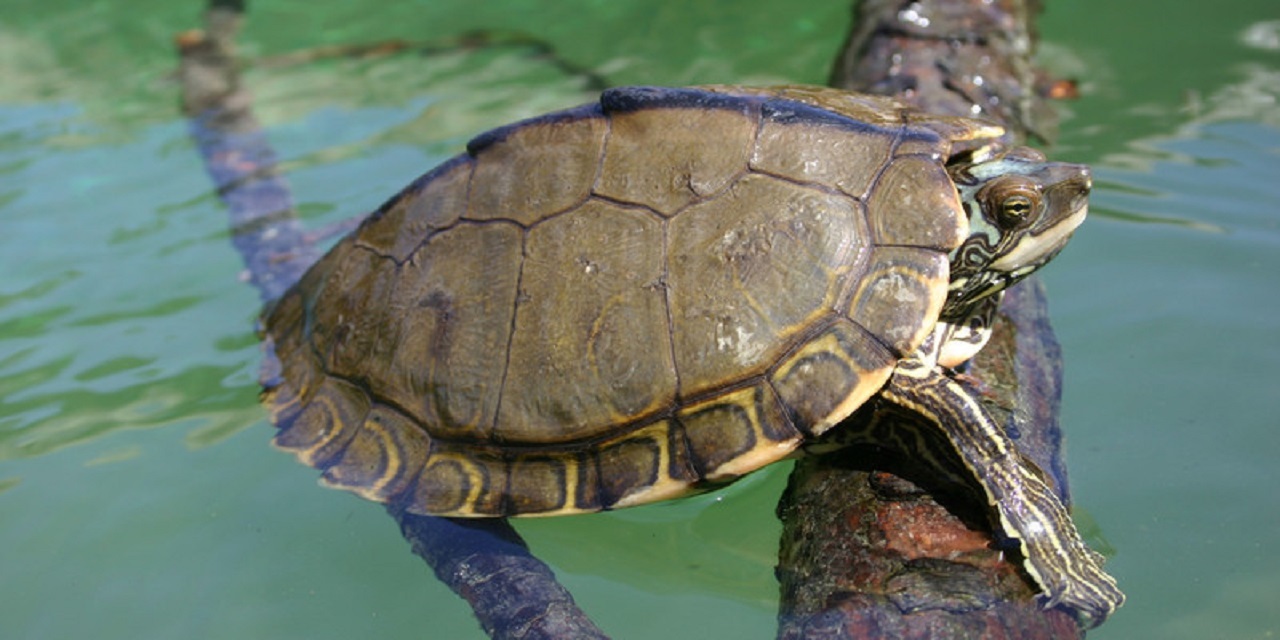 NEW ORLEANS – The Trump administration has not yet responded to a lawsuit filed last month by two environmental groups intent on protecting two types of endangered map turtles in Louisiana and Mississippi.

"The lawsuit is necessary to get sorely needed protections for these two endangered turtles," Center for Biological Diversity Senior Attorney Jason Totoiu told the Louisiana Record during an email interview. "Turtles are one of the most threatened groups of animals on the planet, and these two have been struggling for survival for a long time."

One of turtles for whom the Center for Biological Diversity and New Orleans-based Healthy Gulf filed suit Jan. 21 in U.S. District Court for the District of Columbia are the Pearl River map turtle, found in the Pearl River watershed in Louisiana and Mississippi. The other turtle is the Pascagoula map turtle, which lives only in a portion of Mississippi’s Pascagoula River system.

Map turtles like the Pearl River and Pascagoula get the name from their shell markings, which resemble maps, and also are referred to as "sawbacks" for the central ridge that sometimes develop in the center of their backs.

"These turtles  face several threats, primarily habitat loss and degradation," Totoiu said. "This occurs when natural river flows and levels are altered by dams, impoundments, and floodplain clearing and channelization."

The turtles also are being caught and shipped overseas to stock food, pet and medicinal markets in Asia, Totoiu said.

"The longer the wait, the harder it will be to recover them," he said. "In fact, several species have languished and gone extinct while waiting for protection. We want to prevent that from happening here."

The Center Biological Diversity and Healthy Gulf's lawsuit claims that the federal government has failed to protect the map turtles under the Endangered Species Act when the U.S. Fish and Wildlife Service didn't comply with the act's nondiscretionary deadlines.

"Specifically, the service failed to determine whether the Pascagoula map turtle (Graptemys gibbonsi) and Pearl River map turtle (Graptemys pearlensis) warrant protection as endangered or threatened under the Endangered Species Act within the congressionally mandated timeline set forth in Section 4 of the act," the lawsuit said. "This failure delays crucial, lifesaving protections for these rare turtles that now suffer an even greater risk of extinction because of the service's delay."

The lawsuit asks the federal court to declare the fish and wildlife service violated the Endangered Species Act. The lawsuit also asks the court to compel the service to issue a final determination about listing the two types of map turtles as endangered or threatened "so they may receive the protections they need to survive in the wild."

Despite the ongoing "steep decline" of the two map turtle types, "the Trump administration is dragging its feet on protecting them," a Center for Biological Diversity press release issued the day the lawsuit was filed said.

"The two species are unique to just these two rivers, but they’re being driven to oblivion by trapping, pollution and reckless development, including yet another unnecessary dam proposed on the Pearl River,” the press release said.

A U.S. Department of Justice spokeswoman has said the department is reviewing the lawsuit. The DOJ otherwise has not commented on the litigation.

A lack of response is no reason for concern, Totoiu said.

"The administration has not yet filed a response, however it has 60 days from the date of complaint to do so," he said.

Want to get notified whenever we write about The Center for Biological Diversity ?

Sign-up Next time we write about The Center for Biological Diversity, we'll email you a link to the story. You may edit your settings or unsubscribe at any time.

The Center for Biological Diversity