Judge's financial disclosures are now available to the public online 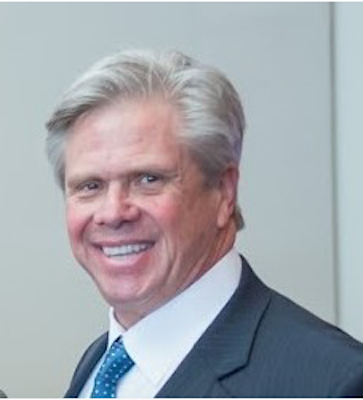 Thanks to the Metropolitan Crime Commission (MCC), Louisiana citizens now have easy access to the same basic financial information about judges that is readily available about all other Louisiana elected officials.

“If a judge is deciding a case that may affect somebody’s life, citizens have the right to make sure that that judge does not have a conflict of interest,” Rafael Goyeneche, president of the MCC told The Record. To remedy the problem, the MCC has created and launched an easy-to-search, online database of the financial disclosure forms of all of Louisiana’s 289 judges (metrocrime.org).

The public can use the database to find out about sources of income, private business holdings, spouse’s income and provisions about debt. Filers list the property they own, the investment accounts they use, travel reimbursements they claim and nonprofits they support.

“The purpose of the disclosures is to create an incentive for elected officials to be more ethical, and to avoid conflicts of interest, and any appearance of conflict of interest with respect to their official duties as elected office holders,” Goyeneche said.

“These are public documents. Why the double standard? There is no justification for that,” Goyeneche said.

The MCC feels so strongly about the issue that last September, they petitioned the Supreme Court for 5 years’ worth of disclosure forms for all 289 elected judges. They then hired an IT firm to create a search engine and a website, and then posted all 12,000 pages online.

“Most citizens, including attorneys, don’t know that judges file annual financial disclosures. They don’t know how to get one,” Goyeneche said. In addition, attorneys have been reluctant to ask the court for the forms, he said.

“If they were litigating a case against a judge, they didn’t want that judge’s wrath on them,” he said. With the new database, anyone can get the information immediately and anonymously.

Goyeneche gave this example. “A judge or the judge’s spouse works for XYZ. XYZ is a litigant in a case before the judge. The disclosure form showing that can be attached to an attorney’s motion to have the judge recuse himself or herself. Even if the judge was not going to be influenced by the fact that they or their spouse was employed at XYZ, they have an ethical obligation to recuse themselves because of the appearance of conflict of interest,” Goyeneche told The Record.

Another way Goyeneche expects the database to be valuable is in the disclosures themselves. With the disclosures out there online for anyone to see, “There will be instances where people are going to look at this and say ‘Wait a minute. I know that the judge has a business interest in company XYZ and I don’t see that on his disclosure form.’” They can then report that to the Judiciary Commission or to an organization like the Crime Commission or to the media, Goyeneche says.

MCC is a non-partisan, non-profit that was founded in 1952 with the goal of exposing corruption and reducing crime, Goyeneche says. “We believe that crime and corruption are disincentives to growth. We conduct investigations involving ethical, administrative and criminal wrongdoing.”

Want to get notified whenever we write about Metropolitan Crime Commission ?

Sign-up Next time we write about Metropolitan Crime Commission, we'll email you a link to the story. You may edit your settings or unsubscribe at any time.