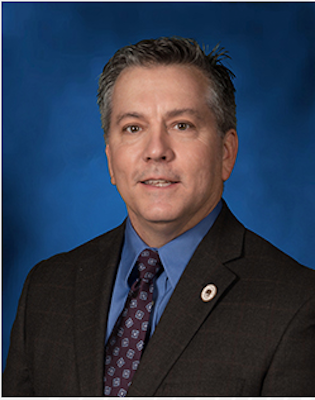 Critics like State Rep. Jerome Zeringue (R-Houma) believe a state board has failed in its duty to oversee judges who abuse the bounds of expected appropriate conduct.

Zeringue and State Sen. Jay Morris (R-Monroe) have co-sponsored legislation that would prevent the Judiciary Commission from keeping complaints against judges secret. Critics of the current process say the public needs more transparency into judicial misconduct.

“How far can the legislature (alone) go in adopting measures that would require greater transparency in the judicial branch?” Hogan asks.

Morris and Zeringue would like to see complaints that are filed against judges move to the public arena.

Their legislation would allow individuals to publicly disclose whether they had filed a complaint with the Judiciary Commission. And when judges are scheduled to appear before the Commission to answer a complaint, that would also be made public.

Under the present system, individuals who make complaints about a judge with the Judiciary Commission cannot speak out about the complaints. Judges who appear before the board to answer a complaint do so in secret. Punishments and admonishments that judges receive for misconduct are kept private.

Critics say the present system allows the Judiciary Commission to cover up for judges who break the rules. They say the Supreme Court rarely punishes judges. When a judge is up for reelection, voters do not have critical information about how they have acted in office.

"It will always be difficult to strike a balance between the public’s right to know and the rights of an office holder accused of impropriety," Hogan says. "The fact that judges have to stand for election at regular intervals makes many of them feel that a process that is too open would simply provide fodder for political opponents in campaigns."

If the legislation advances, the general public would gain the right to know about punishment that judges receive from the Judiciary Commission. Morris and Zeringue have also proposed a constitutional amendment that would give the Legislature the authority to establish the confidentiality rules for the Judiciary Commission. A constitutional amendment would alter the state constitution and, therefore, need the approval of voters.

Want to get notified whenever we write about Judiciary Commission of Louisiana ?

Sign-up Next time we write about Judiciary Commission of Louisiana, we'll email you a link to the story. You may edit your settings or unsubscribe at any time.