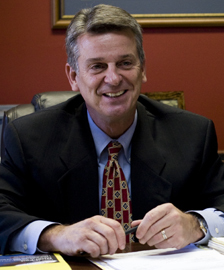 ALEXANDRIA – Two Pineville couples are suing the local police, two of its officers and the city for alleged battery and false arrest and imprisonment.

The Wilsons and Brittains claim that they were at a local gas station when Fred allegedly found he had a large amount of money stolen from him and phoned the police who arrived to investigate. The plaintiffs claim that during the investigation Officer Hebert allegedly asked Fred repeatedly why he had such a large amount of money on him and when Fred asked why it mattered how much money on him Hebert stepped back and used his taser on the plaintiff.

Fred alleges that after the officer tasered him he asked him “does that make you feel like a man?” and Hebert again activated the taser device.

The Brittains assert that they witnessed the incident and asked Hebert why he was using force against against Fred given that he allegedly did not do anything to deserve the treatment and begged him to not shoot Fred with the taser again.

In response to the Brittains complaints Hebert allegedly told them to leave the premises, at which time the Brittains asked for Hebert and Officer Belgard’s contact information, which they said they were unable to provide.

However, Janice Brittain asserts that she and Susan Wilson both provided their contact information on a tablet provided by Belgard and that as Janice was handing the tablet back to the officer Belgard grabbed her and slammed her against a vehicle and handcuffed her.

Both Fred Wilson and Janice Brittain were arrested, transported to the Pineville City Police Department and charged with resisting arrest and battery on a police officer, however, those charges were later dropped by the Rapides Parish District Attorney’s Office.

An unspecified amount in damages is sought by the plaintiffs for physical pain and suffering, mental anguish, humiliation, embarrassment and medical expenses.

The plaintiffs are represented by Paul J. Tellarico of the Alexandria-based Telarico Law Firm.

The case has been assigned to Division F Judge George C. Metoyer.