Throw Me Something, Mister! 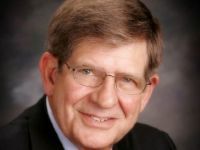 Louisiana’s business climate is litigious, to say the least. Or to be blunt, our state is extremely sue-happy. Louisiana currently ranks 49th in the nation by a recent national study for having a litigious climate to conduct business.

How does this translate to our Louisiana companies? Specifically in the oil and gas industry, nearly 300 legacy lawsuits have been filed against oil and gas operators who have drilled in Louisiana, with some of the drilling activity dating back five and six decades ago. Over 2,500 defendants are listed in the cases.

Legacy lawsuits are lawsuits filed by a landowner claiming that oil and gas operations, often many years ago, allegedly caused his/her property to become polluted and contaminated. A recent LSU study on legacy lawsuits denotes that the suits have led to the loss of nearly 1,200 new wells and 30,000 jobs in Louisiana, translating to an astonishing $6.8 billion dollars in lost drilling investments.

South Louisiana land drilling activity is facing fluctuating record lows. According to many of the oil and gas operators, this low drilling activity is directly correlated to these frivolous legacy suits. One operator recently told me that he currently employs over 300 employees who operate drilling rigs, well servicing rigs and a manufacturing plant for both the upstream and downstream segments of the energy business. His company is now tied up in a legacy suit, dating back to the 60’s, which could end up costing his organization between 6-7 million dollars.

The end result for this company should the courts rule in the landowners favor: over 300 employees could be fired and a company founded in the 1940s could close down. (Important to note that the companies being sued for these alleged violations dating back to the 1930’s, were operating under the proper procedures and laws of the state for that time.)

If you think that oil and gas operators are the only industry being hit by this asinine legal climate, think again. Insured motorists in Louisiana have the highest premium rates in the country. Louisiana taxpayers pay an average of $1,000 per year more than other states. When asked why the rates are so high, a general manager for an agency with over 60 locations throughout Louisiana and Texas, was quoted as saying, “The litigious nature of people in the state make it difficult for insurance companies to keep costs low.”

Whether a judge, a legislator or a citizen, our view should not be “Throw Me Something, Mister!” When a company considers moving into a state to conduct business, no matter if they are oil and gas, insurance or even manufacturing, they are not willing to operate in a state with a litigious legal climate. Competition for our state’s economic development is now 100 yards across the state line. To say our state needs legal reform is the understatement of the year.