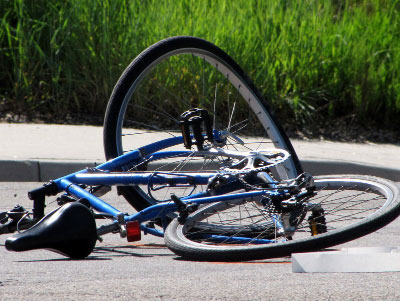 COVINGTON – After crashing into a ditch on his early-morning bicycle ride home from a local bar, a man is suing the hospital where he received treatment, claiming that the hospital and its doctors failed to properly diagnose injuries that led to his paralysis.

Smith allegedly rode his bicycle into a ditch, where he remained for hours until a neighbor discovered him and called an ambulance. At the time he was admitted to Lakeview Regional, his temperature was 89 degrees, the suit claims. The plaintiff states that he was diagnosed by defendants Pflug and Vorhaben with hypothermia, alcohol abuse and minor facial abrasions. The defendants allegedly did not find any evidence of acute post-traumatic injury.

Smith alleges that despite claiming that his arms and legs were numb, defendant Vorhaben allowed him to be discharged without properly checking the severity of his symptoms.

Following his visit to Lakeview Regional, Smith states he received care from the LSU Health Bogalusa Medical Center, where he was allegedly diagnosed and treated for a cervical spinal cord injury and fracture. He claims that the permanent paralysis of both hands, partial paralysis of both arms and spasticity of lower extremities would have been avoided or minimized had the defendants properly diagnosed his condition during his initial treatment at Lakeview Regional.

The defendant is accused of failing to properly diagnose and treat the patient, failure to train, educate, and supervise employees and failure to meet the standard of care required for the situation.

The plaintiff seeks an unspecified amount in damages for past and future medical bills, mental and physical pain and suffering, lost wages and earning capacity and loss of enjoyment in quality of life.

Vorhaben asserts that she intended to keep Smith at the hospital for further observation, and that he left by his own accord.

The defendants also counter that Smith’s injuries were caused by other factors unrelated to the quality of care he received – namely, his own comparative negligence. The defendants claim that they cannot be held liable for an accident over which they had no control.

A Medical Review panel reviewed the case in April, and concluded that the medical records do not support the plaintiff’s argument against Lakeview Regional and Pflug, according to court docuemtns. In the opinion of the panel, there is no evidence that Lakeview’s nursing staff failed to properly treat Smith,. The panel also concluded that it would have been unreasonable for Pflug to diagnose a central cord injury from the images taken of Smith’s spine. However, the panel does not state an opinion regarding the Dr. Vorhaben’s potential liability, declaring that a question of fact remains on whether Vorhaben adequately communicated her intent to further observe Smith with the plaintiff and his family.

Both parties request a trial by jury.

The case has been assigned to Division C Judge Richard A. Swartz Jr.