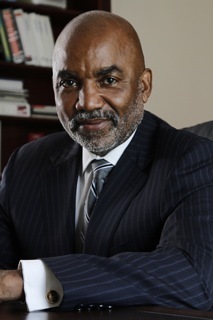 The board made its recommendation to suspend Gray to the Louisiana Supreme Court on Oct. 7 after finding that he had engaged in ethical misconduct.

Gray,  a past president of the Louisiana Law Institute and a former LSU law professor, took office on the New Orleans City Council in 2013 after winning a runoff election for the District E seat in December 2012 against Louisiana State Rep. Austin Badon. By winning the election Gray was selected to replace former New Orleans City Councilman Jon Johnson who resigned after pleading guilty to corruption charges and being sentenced to six months in prison.

The charges that resulted in the recommendation of a suspension were first filed with the Louisiana Attorney Disciplinary Board in August 2012 after an investigation by the Office of Disciplinary Counsel (ODC) who found Gray continuously violated ethical standards by not providing proper representation to his clients on numerous occasions.

The first incident was in Gray’s 2004 representation of Gloria A. Frith in a medical malpractice claim. In that case, Gray admitted to the ODC that while he had spoken to Frith numerous times about the matter he did not take any action on her behalf. When Frith obtained a new attorney to represent her, Gray purportedly failed to provide her files on the case despite numerous requests that ultimately led to Firth filing a complaint with the ODC in March 2010.

The second incident goes back to 2003 when Gray was retained to represent Barbara Ann Roberts on a wrongful death claim. In 2008, Roberts said she met with Gray who ensured her he was still working on her case, but she later found out after the case was dismissed due to abandonment on May 5, 2010 that the last work Gray had done on it had been in 2007. Roberts filed a complaint with the ODC in 2010.

The third incident deals with an advanced payment of $18,750 for representation Gray allegedly received on Feb. 9, 2010 from Frederick Reed to represent him in in a criminal matter. After first filing a pro se motion on Feb. 5, 2010 to withdraw a guilty plea, Reed said he was visited by Gray at the Union Parish Detention Center. Reed stated that Gray assured him he would be representing him in the case going forward. After Reed was transferred to another prison in July 2010 he discovered that Gray had never enrolled as his counsel of record and was unable to provide an update on the withdrawn guilty plea. At this time Reed and Gray agreed to discontinue their professional relationship, however, Gray allegedly only returned $14,000 of the $18,750 he received to represent Reed in the case. As a result Reed filed a complaint with the ODC in 2011.

The fourth incident involved Gray’s representation of Peggy Small in a succession matter for which he was first retained in May 2009. The ODC stated that Small agreed to a $5,000 representation fee for Gray's representation and that she paid that fee at $500 a month until she reached $3,900 and discontinued the payments after she was unable to communicate with Gray despite leaving several messages with his secretary. On July 18, 2011 Small sent a letter to Gray requesting the return of the fees she had paid him as well as a copy of her file. Small also filed a complaint with the ODC regarding her case.

The ODC stated in its report that of the four complaints Gray failed to respond to written requests for comment in three of them, despite his office providing signed receipts that they had received the requests. Gray only responded to the ODC in the Small case in which he provided a sworn statement and said he was uncertain about the terms of contract and that he was under the impression he was still representing Small. The ODC stated that the legal file Gray brought to the hearing only included documents sent to him by Small. At the conclusion of the hearing, Gray indicated he would contact Small on her case. When later reached by the ODC, Small said she had been contacted by Gray, but he had failed to do anything further with the case.

The ODC determined that the complaints by Frith, Gray, Reed and Small were all credible and that Gray had violated the rules of professional conduct and should be suspended from the practice of law. Based on its investigation, the ODC recommended a suspension on Gray’s law license for a period of three years or altogether disbarment from the practice of law altogether in Louisiana. After consideration the Louisiana Attorney Disciplinary Board recommended to the Louisiana State Supreme Court, who will get the final say on any punishment, that Gray be suspended for two years. The board also recommended an arbitrator be assigned in the matter to determine the fees Gray should be responsible for reimbursing in the Reed and Burns cases.

In hearings before the Louisiana Attorney Disciplinary Board Gray was represented by attorney Ernest L. Jones of New Orleans-based Elie, Jones & Associates.