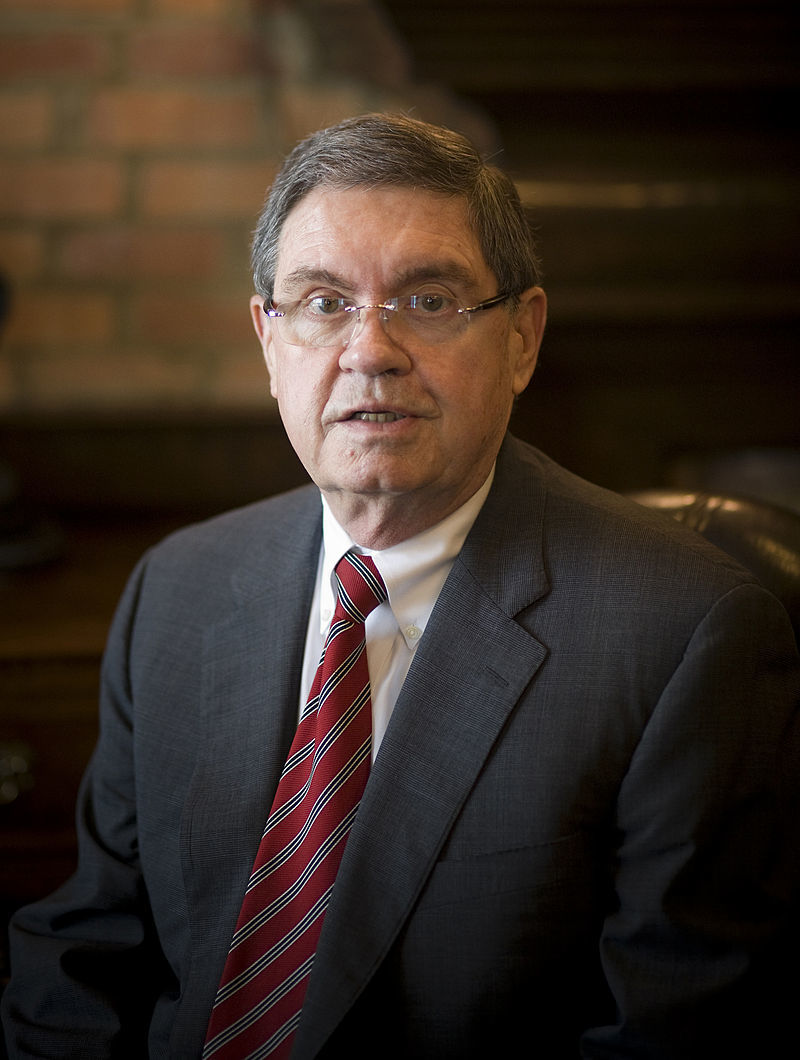 Scrutiny of influential Alabama law firm Beasley Allen focusing on the firm’s prolific campaign fundraising has ramped up after the Alabama Attorney General’s Office mysteriously reversed course by bringing in a handful of the firm’s partners to serve as deputy attorney generals in the Deepwater Horizon oil spill case.

A look at Beasley Allen’s campaign donation history may give some insight as to why they were selected to assist the state. Campaign finance records at www.followthemoney.org reveal the law firm has provided politicians with nearly $1.5 million in campaign funds over the past two decades to influence elections across the country. Additionally, partners at the firm have chipped in individually for a combined untold millions of dollars to fund campaigns themselves. Meanwhile, the law firm has pursued an aggressive business strategy that has seen them be awarded contingency fee contracts to pursue civil litigation on behalf of several attorney generals’ offices throughout the country.

In what has become a staple in Beasley Allen’s business income, the law firm has pursued contracts to handle litigation on behalf of states against prominent corporations where millions of dollars in awards are at stake. Indeed, the firm’s efforts in pursuing such cases appears to have paid off as in recent years they have been granted lucrative state contracts with Alabama, Alaska, Hawaii, Mississippi, Louisiana, Kansas, South Carolina and Utah, mostly in consumer actions concerning retail pricing anti-trust disputes–most notably against pharmaceutical corporations. The firm’s business acumen was complimented in 2014 when they were included on the National Law Journal’s Plaintiffs Hot List who noted they had performed “exemplary, cutting-edge work on the plaintiffs’ side.”

While their influence appears to be widespread, Beasley Allen’s clout is most prominent in their home state. In fact, the law firm’s ties to Alabama state government are historically very strong. Beasley Allen’s founding partner Jere Beasley served two terms as Alabama Lieutenant Governor from 1971 to 1979 while noted segregationist Governor George Wallace was in office. Beasley unsuccessfully campaigned to succeed Wallace as governor in 1978 and his strong connection to state government has continued–as recently as 2009 he served as campaign chairman in Artur Davis’s unsuccessful bid for governor.

However, Beasley biggest contribution to politics in recent years appears to be through campaign donations. Alone he has donated $600,000 to various politicians, including $100,000 that went to his younger brother Alabama State Senator Billy Beasley–who contemplated, but ultimately decided against, a 2010 run for governor.

In addition to Beasley’s individual contributions a firm-wide strategy appears to have taken shape to obscure the source of massive campaign donations. In 2010 six Beasley Allen partners managed to keep the law firm’s name off of donor lists while funneling $606,000 through what critics called “an arcane maze”, including 52 separate donations to 30 political action committees (PACs), to unsuccessful campaign of Democrat Deborah Bell Paseur for a seat on the Alabama Supreme Court.

But nowhere in recent years is Beasley Allen’s Alabama influence, and potential for income, more noted than when it comes to Deepwater Horizon litigation. Only days after the 2010 oil spill the firm filed a class action lawsuit against BP and other corporations tied the disaster. Eventually Beasley Allen partner Rhon Jones landed a coveted spot as one of 17 members of the Plaintiffs’ Steering Committee (PSC) who were tasked with engineering a settlement agreement with BP. As part of the settlement the PSC, in a move that has been criticized by scores of other plaintiffs attorneys, guaranteed themselves a $660 million dollar payout off the top in addition to a percentage of each claimant damage award. The stake the PSC alone has been awarded for their oversight in the case has been estimated to be worth a combined $2.5 billion by conclusion of the case. That would make Beasley Allen’s portion alone worth around $150 million not including damage awards they stand to receive for representing individual claimants.

In addition to being an integral part of the Deepwater Horizon class action lawsuit, Beasley Allen was hired by former Alabama Attorney General Troy King to assist in the state’s case against the oil giant. Under that contract Beasley Allen would have received 14 percent of what Alabama recovered from the Deepwater Horizon damage award ultimately which could be worth billions.

Beasley Allen’s appointment to handle Deepwater Horizon matters on behalf the state came just after the oil spill occurred in 2010–that same year the law firm was noted to have provided $765,900 to a group of  PACs who provided then Alabama Attorney General Troy King with $240,000 in campaign funds. King had previously appointed Beasley Allen as outside counsel for the Alabama Attorney General’s Office in lawsuits against 73 pharmaceutical accompanies, for which the firm received percentages of multi-million dollar damage awards.

However, King lost to current Alabama Attorney General Strange in the 2010 Republican primary. Following his victory in the general election, Strange terminated Beasley Allen’s Deepwater Horizon representation on behalf of the state and noted that removing them from the equation would result in a significant savings for Alabama taxpayers.

While there is no history of donations to Strange’s campaign by Beasley Allen or its partners, the law firm did provide a $25,000 donation for the 2011 inaugural celebration for current Alabama Governor Robert Bentley. Bentley later appointed the Beasley Allen to provide representation for the Governor’s Office in the Deepwater Horizon matter. It was only after BP raised objections to the firm representing Bentley, who was deemed a non-party in the matter, that Strange appointed the Beasley Allen partners as “deputy attorney generals” in the case.

However, it still remains unclear what is behind Strange’s sudden about face. In a response to questions posed by the Louisiana Record regarding the deputization of Beasley Allen’s attorneys, Alabama Attorney General’s Office spokesperson Joy Patterson refused to provide an explanation for the appointments or how or if the attorneys would receive compensation for their work on behalf of the state. Subsequent Freedom of Information Act requests by Louisiana Record’s sister organization, Washington, D.C.-based Legal Newsline, focusing on Beasley Allen’s connection to both the offices of Strange and Bentley have been denied as being “overbroad” or yielding no information.

Last month the Alabama Attorney Generals Office a trial by jury in the Deepwater Horizon matter over BP’s objections. The trial is expected to take place sometime in the spring of 2016.

Want to get notified whenever we write about Alabama Attorney General ?

Sign-up Next time we write about Alabama Attorney General, we'll email you a link to the story. You may edit your settings or unsubscribe at any time.