Numerous apartment tenants sue over alleged illnesses due to mold 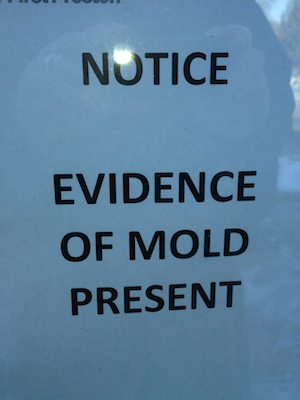 GRETNA – An apartment complex owner is being sued by several tenants who claim they were sickened by mold stemming from water intrusion due to Hurricane Isaac.

The plaintiffs contend they were tenants of Jefferson Place Apartments located at 6212 and 6214 South Judah Drive in Marrero when Hurricane Isaac struck the area and caused roof and window damage that resulted in water intrusion into their apartments. The plaintiffs allege a FEMA representative said the sheetrock in their apartments should be replaced, but the defendant allegedly failed to do so.

Following the alleged damage to their apartments the plaintiffs assert damp conditions allowed for the growth of mold. However, the plaintiffs claim they complained of the mold and suffered from respiratory and sinus infections, stomach and kidney problems, fatigue, diarrhea, abdominal problems, nausea, vomiting and other medical problems.

The defendant is accused of negligence and breach of warranty.

An unspecified amount in damages is sought for mental anguish, injuries to health and aggravation of medical conditions.

The plaintiffs are represented by DeShawn Hayes of New Orleans-based The Hayes law Firm PLC.