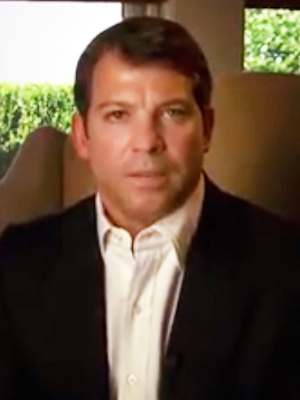 NEW ORLEANS – A trial lawyer responsible for filing nearly half of all legacy lawsuits in the state has sunk $1.1 million into a political action committee in an apparent effort to defeat gubernatorial candidate David Vitter.

John Carmouche, a named partner in Baton Rouge-based Talbot, Carmouche & Marcello law firm, is the only contributor to the Louisiana Water Coalition PAC, state campaign finance records show. Those records reveal Carmouche gave the PAC $600,000 in cash and provided an additional $500,000 loan to run a series of attack ads against Vitter on television and radio.

According to recently filed campaign finance records, the Louisiana Water Coalition PAC spent $795,000 during the first 11 days in September running attack ads against Vitter across the state. As of last week, Carmouche is listed as the only donor to the group.

The move may be motivated by Vitter’s vow to enact tort reform if he is elected governor, which would include a specific focus on reining in legacy lawsuits.

In recent comments to The Baton Rouge Business Report, Vitter said, Louisiana “needs significant tort reform. One area I’ll focus on in particular is legacy lawsuits.” Vitter added that legacy lawsuits “have led to the reduction of close to $10.5 billion in Louisiana economic output and over 30,000 lost employment opportunities.”

Should Vitter win the governorship and follow through with plans to limit the filing of legacy lawsuits, Carmouche has plenty of reason to attack him. Records with the Louisiana Department of Natural Resources, show Carmouche has filed 185 of the total 402 legacy lawsuits filed in the state over the past decade or so. The lawsuits, which go after major oil companies for oftentimes decades-old exploration activities that predated environmental regulation, regularly settle for tens of millions of dollars. However, Louisiana Department of Natural Resources records reveal landowners rarely use the proceeds to clean up the properties that are the focus of the litigation.

Reforming the process for filing legacy suits by enacting reforms such as requiring award proceeds go towards cleanup of the property in question has been a focus of the Louisiana Legislature for years. However, many reforms passed over the years have been overturned by the Louisiana Supreme Court.

The Louisiana Water Coalition PAC is similar to another organization Carmouche created, Citizens for Clean Water and Land PAC, to assist in the election of Jeff Hughes to the Louisiana Supreme Court in 2012. State campaign finance records show the Carmouche-controlled Citizens for Clean Water and Land PAC raised $775,000 from a small group of trial lawyers with legacy lawsuit interests and spent more than $500,000 on Hughes' behalf – far more than his opposition. Hughes won that election in a close race.

Campaign finance records show Talbot, Carmouche & Marcello and its members alone contributed $360,000 to the PAC effort to elect Hughes. Records also show Carmouche has become one of the largest political donors in the state as his law practice has progressed.

“Carmouche has made a fortune off of legacy lawsuits over the last decade,” Landry said. “He has significant resources, and he has demonstrated that he will do whatever it takes to protect and advance his pro-lawsuit agenda.”

Carmouche did not respond to a request for comment on this article.