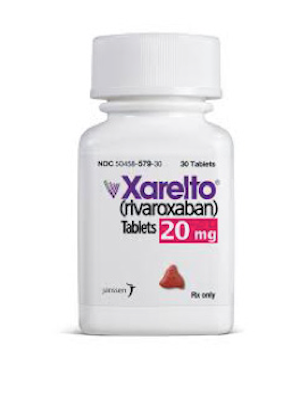 As initial trial dates in the class action lawsuit against Xarelto’s drug manufacturer are set, the window narrows to file a claim for injury compensation.

On Sept. 17, Judge Eldon E. Fallon signed the case management order setting bellwether trial selection dates for fall 2016. The four trials will take place across Louisiana, Mississippi and Texas, and will hear certain cases selected to speed up the litigation of the multitude of lawsuits currently pending against Janssen Pharmaceuticals and Bayer Healthcare, manufacturers of Xarelto.

Michael Goetz, an attorney at Morgan & Morgan’s Complex litigation group, is playing a leadership role in the multi-district litigation. He is a member of the plaintiff’s steering committee, composed of multiple attorneys to organize plaintiff claims.

To Goetz, the millions of pages of documents that the committee must review is worth the time.

“Our clients have suffered life-changing or ending injuries as a result of the dangerous effects of this drug, and we are firmly committed to bringing them justice,” Goetz said.

The Xarelto multi-district litigation was formed in December 2014 due to the rising number of cases against the defendant. The cases, which all made similar accusations against the drug provider, allege Xarelto causes serious and uncontrollable internal bleeding, in some cases resulting in death.

Additionally, the suits says Xarelto manufacturers were aware of these effects and failed to adequately warn consumers.

Xarelto’s safety information reads, “Xarelto can cause bleeding, which can be serious, and rarely may lead to death.”

“All anticoagulants, or blood thinners, carry the risk of bleeding,” the defendant said. “The prescribing information for Xarelto has always warned of this risk.”

However, the plaintiffs allege that unlike traditional anticoagulants, whose effects can be reversed through common drugs like Vitamin K, Xarelto has no antidote.

The Food and Drug Administration (FDA) approved Xarelto in 2011 as an alternative to the traditional blood thinner Warfarin, which required frequent blood monitoring and strict dietary restrictions.

“After more than three years on the U.S. market, and more than 2.9 million patients prescribed in the U.S. to date, the benefit-risk profile of Xarelto remains favorable and consistent with clinical trials,” the defendant said. “We will continue to defend against the claims raised in this litigation."

At the same time, Morgan & Morgan will continues to evaluate potential Xarelto claims.

Want to get notified whenever we write about Morgan & Morgan Complex Litigation Group ?

Sign-up Next time we write about Morgan & Morgan Complex Litigation Group, we'll email you a link to the story. You may edit your settings or unsubscribe at any time.