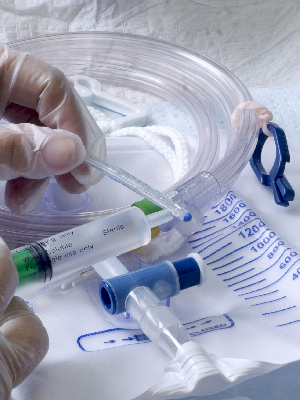 A Jefferson Parish couple is suing a medical supply company, alleging negligence for damage sustained by the husband from a defective catheter.

Herman Helmer Jr. and his wife Rebecca Helmer filed a lawsuit Sept. 29 in U.S. District Court of the Eastern District of Louisiana against Covidien Holding Inc. and Medtronic Inc., alleging permanent brain damage and other neurological deficits caused by a defective catheter.

According to the complaint, on Oct. 5, 2014, Helmer underwent a procedure at West Jefferson Medical Center in Marrero to remove a clot and improve blood flow to his brain. He was fitted with a catheter during this procedure, which was manufactured and distributed to the hospital by Covidien. When the catheter was removed, the tip detached and traveled into an artery in his brain, where it still remains.

The plaintiffs allege Covidien Holding Inc. and Medtronic, Inc., the company that will soon acquire Covidien, are guilty of distributing the defective product that caused the injury.

The Helmers seek an unspecified amount of damages, litigation costs and any other relief deemed appropriate by the court. They are represented by attorney Alex K. Kriksciun of Gretna.