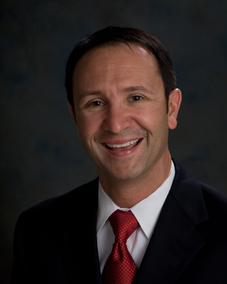 Landry, a Republican and former Congressman for Louisiana’s 3rd congressional district, told the American Tort Reform Association he will uphold transparency in private attorney contracts if elected, an issue that has been under the microscope throughout the administration of current Attorney General James “Buddy” Caldwell.

“Leading state attorneys general have supported reform legislation that, while recognizing their need for discretion and independence in enforcing the law, assures the public interest is not compromised by those with personal interests in the outcome of litigation,” ATRA President Tiger Joyce said.

Attorney General Caldwell has been accused of using the “Buddy system” when awarding contracts to attorneys who will represent the state. ATRA says Caldwell uses state money to award contracts to those who have or plan to make contributions to his campaign, rather than using in house staff or bidding out the position.

“The state recently passed legislation that at least in theory was going to reign in the buddy system to an extent,” ATRA spokesman Darren McKinney told the Louisiana Record. “There’s a law in the books, but obviously it could be reformed if Buddy’s still doing what he’s doing.”

The group says although it accepts the fact that certain cases may call for outside legal expertise, the process of attaining that help must be well documented and transparent.

“The lowest realistic bid is going to get the work and that’s good for the taxpayers, good for the government,” McKinney said.

The ATRA tells the Record it sends a transparency questionnaire to every attorney general candidate and incumbent in each state. McKinney says the organization believes voters have a right to know which candidates plan to run an open office. The questionnaire covers topics such as disclosure, value, oversight, reporting and accountability.

“We don’t have a PAC and we’re not giving money to any campaign, but certainly we have every right to point out what we think are good elements of a campaign and good elements of a platform,” McKinney told the Record. “Landry’s on board so far. We’re waiting to hear from buddy, although we won’t hold our breath.”