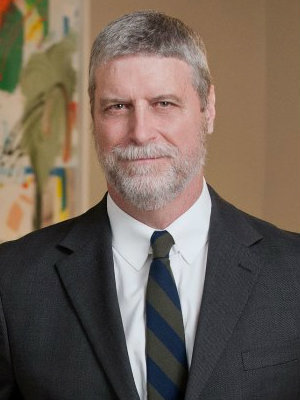 Letten, who will remain assistant dean of experiential learning at Tulane University Law School, told the Louisiana Record he is excited to be associated with Butler Snow.

“The White Collar Crime and Investigations group has some incredibly experienced attorneys, several of whom are former federal prosecutors whom I’ve had the pleasure of knowing and working with over the years,” Letten told the Louisiana Record. “I’ll primarily be providing insight and advice to corporate clients who may be in an industries that are heavily regulated by federal agencies.”

Letten said it’s critical to him to be able to continue his full-time commitment to Tulane, and serving as counsel will allow him to fulfill two passions – practice and education.

“This position does precisely that -- gives me the freedom and flexibility to focus on my full-time responsibilities here [at Tulane] while providing, as needed and consistent with my schedule, very useful advice to our clients [at Butler Snow]," Letten said.

Letten joined the faculty at Tulane after stepping down from his U.S. attorney position in 2012. Letten, who worked as U.S. attorney for the Eastern District of Louisiana,  is the longest serving U.S. attorney, serving for 11 years.

“I am so proud and fortunate to have been entrusted with the responsibility of serving as assistant dean for Experiential Learning here at Tulane Law School – and at the university (that) educated my father and his father and so on,” Letten said. “I consider the mission of educating and making practice-ready our best and brightest young people a sacred responsibility, and one which I look forward to every single day.”

Letten said he is also happy to have found a way to exercise his hard-earned legal skills and experiences through Butler Snow.

“It doesn’t get any better than this, at least not for me," he said.

Butler Snow has 18 offices in the United States and London.

Want to get notified whenever we write about Tulane University Law School ?

Sign-up Next time we write about Tulane University Law School, we'll email you a link to the story. You may edit your settings or unsubscribe at any time.