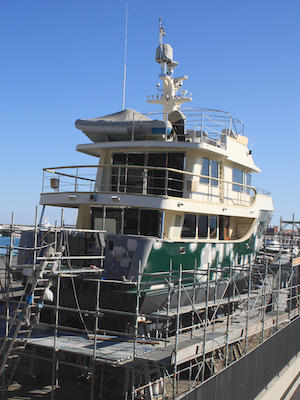 BIS Services LLC filed a lawsuit on March 9 in the U.S. District Court for the Eastern District of Louisiana against the vessel Atlantic Grace and Hisamoto Kisen Co. LTD, citing failure to pay an outstanding invoice.

According to the complaint, the defendant is a bulk carrier on the Mississippi River who verbally contracted with the plaintiff on Feb. 7 to remove damaged cargo, shore side loading and unloading into a truck for disposal operation, and hydro-blasting of the ship’s holds to remove the rust scale behind cement residue. The plaintiff alleges it completed its duties from Feb. 9 to Feb. 20.

The invoices issued to the defendant for the contracted work totaled $354,212.63. The plaintiff claims that Hisamoto has failed to pay the amount despite repeated demand. It further avers that the Atlantic Grace is a foreign-flagged ship, and that the immediate arrest of the vessel is necessary for the plaintiff to recover the damages incurred.