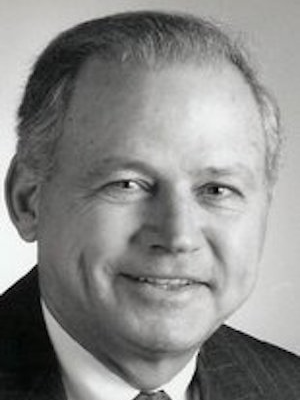 BATON ROUGE — A local attorney and four other Louisiana State University (LSU) alumni were inducted into the prestigious LSU Hall of Distinction on March 4.

Among the five is Frank Simoneaux, a Baton Rouge lawyer with a long career that spans several decades. He received his bachelor’s degree from LSU in 1956 and Juris Doctorate in 1961.

He is also in LSU’s Law Center Hall of Fame and has received numerous other awards.

The oldest of eight children, Simoneaux grew up in a household with a father who couldn’t read or write, and a mother with only a sixth-grade education. He attributes his success to coming from a background that required him to “push ahead to succeed,” including paying his own way through university and law school.

In addition to his background, Simoneaux believes that staying busy and keeping away from television also contributes largely to his success.

Simoneaux served in the military as a full colonel and state judge advocate. Before attending LSU, he was recognized by Nicholas State University (a two-year college at the time) as an Outstanding Cadet by the ROTC.

“I was a full-bird colonel and active in the National Guard for 30 years after retiring from full-time military service,” he says.

After returning home, he had his own practice from 1961 to 1972. He served twice in the Louisiana House of Representatives, one of those times for two consecutive terms. He was also speaker pro tempore for the House in 1980. He retired with more than a year left in his third term.

Simoneaux served on the House and Governmental Affairs, Civil Law and Procedure, and Natural Resources committees while part of the House of Representatives. From 1982 to 1984, he was the Louisiana Secretary for of Natural Resources.

One accomplishment he’s particularly proud of was being one of the lead authors of a bill that repealed 15 Jim Crow segregation laws in 1970.

“The laws were already considered unconstitutional, but everyone was afraid to change them,” Simoneaux said.

The House elected him chair of the Louisiana Board of Ethics in 2008, where he remained for four years.

Today, Simoneaux’s private practice focuses on his specialties of corporate and environmental law, as well as government.

But his passion lies in his work with the Greater Baton Rouge Hope Academy. He founded the private school for children with learning disablities in 2007 and has been actively involved in it ever since.

“My biggest challenge today involves getting Hope Academy recognized as a charter school,” Simoneaux said. “Becoming a charter school would lead to a substantial increase in funds per child, allowing us to do more."

At 83 years old, Simoneaux is not worried about the future.

“I lived a full life,” he said. “My wife and I have always been comfortable and happy.”