NEW ORLEANS—Voice of the Ex-Offender (VOTE) was originally created by a group of self-taught jailhouse lawyers to focus on voter registration for formerly incarcerated persons (FIPs), but now VOTE is doing much more.

“VOTE is the hub of criminal justice reform in New Orleans,” Bruce Reilly, deputy director of VOTE told the Louisiana Record.  “We are intersectional in our approach against racism, sexism and all the other -isms (which affect our community). We’re open to all faiths.” 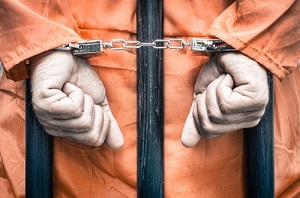 VOTE has multiple programs to encourage FIPs to become civically minded. There’s housing justice, education to change the criminal justice system and re-entry housing. The organization also deals with problems inside of prisons, such as solitary confinement and children who are incarcerated for life.

VOTE has experts and grassroots supporters who have “been there, done that.” Reilly believes that this combination of members, “do the most good. Because when you have directly impacted people, you get the sense of ‘all of it’ (as opposed to just better polices or baseline experience).”

At the center of the organization is the push to educate FIPs about their voting rights.

In Louisiana, individuals who are not on probation, parole or serving time on a felony conviction can vote, but many do not know their rights.

“Once a person is taken out of voting, it becomes a cycle,”Reilly said.

Children of FIPs do not see their parent taking part in the voting process, which gives the children a disadvantage when they become adults.

“He’s been called the Nelson Mandela of New Orleans," Reilly said. "Henderson has an unassailable character, which is rare in this business.”

Henderson was incarcerated for 27 years. When he was released in 2003, he took his self-taught legal experience from prison out into the community to encourage reform in the criminal justice system He works diligently for police accountability and acts as a liaison between community organizations.

Reilly is a founding member of Formerly Incarcerated, Convicted People and Families Movement (FICPFM), which believes that “imprisonment or conviction on a felony charge should not result in a lifelong violation of basic human rights as human beings.”

VOTE and FICPFM work together to facilitate change.

FICPFM delivered 130,000 petitions calling for President Barack Obama to “Ban the Box.” Ban the box is an international campaign that asks employers to remove the checkbox for conviction history on job applications so that they consider qualifications first and delay inquiries into the applicant’s background until later in the hiring process. Federally, Obama endorses ban the box, and Louisiana is one of 24 states that have adopted the policy.

Reilly is familiar with the barriers that FIPs face on the outside after serving their time, but he never says that a person should not have consequences. He is passionate about making sure that each individual is treated fairly and with respect, no matter what their crime was. He would like to see a “world fueled by love and community, not by hate.”

Want to get notified whenever we write about Voice of the Ex-Offender (VOTE) ?

Sign-up Next time we write about Voice of the Ex-Offender (VOTE), we'll email you a link to the story. You may edit your settings or unsubscribe at any time.

Voice of the Ex-Offender (VOTE)