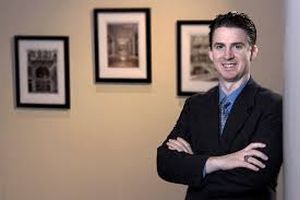 “The plaintiffs have alleged enough to survive a motion to dismiss, but a lot of discovery—as well as expert opinions and testimony—will be needed to support the allegations,” Sansone told the Louisiana Record.

Asking for a trial by jury makes sense from the plaintiff’s perspective, according to the attorney, who pointed out the age of the Plaintiff. “Because there is a young girl involved and jurors are likely to have sympathy for her no matter what happened,” Sansone said, adding, "These cases are very fact-intensive; you really have to look at the medical records, what happened in the surgery, and how the medical device was actually used and operated with the patient.”

What is the plaintiffs most compelling argument?

According to Sansone, plaintiffs are allowed a trial unless the defendants can strike an expert witness or show after a period of discovery that the undisputed facts establish the defendants entitlement to judgment without a trial.

“Right now we only have the plaintiffs’ initial complaint to go by, but the allegations are serious, including that the Federal Drug Administration (FDA) allegedly sent the defendants a warning letter concerning six items that the plaintiffs describe as violations,” Sansone said.

He pointed out juries tend to give the FDA a certain amount of deference, and if any violations in fact occurred, then plaintiffs have an advantage going into the process. But the defense could also be the lawsuit’s weakness, according to the attorney.

“Just because the FDA may have said something about a product or a particular risk doesn’t mean that the product is faulty in every situation, or that there isn’t something else that could explain what happened in this specific situation with the young girl,” Sansone said. “With the lawsuit having just been filed, it’s very early in the process and a lot remains to be discovered.”

Case difficulty will be an issue for both parties, according to the attorney. “This type of case is inherently complex and usually ‘high stakes’ for both sides,” Sansone added.

Plaintiffs’ counsel is probably handling the case on a contingency fee and is advancing the expenses, according to Sansone, noting fees will include hiring medical and engineering experts, taking depositions, and spending a lot of time working the case up.

And Defense counsel, most likely paid hourly, will counter the same, Sansone said. “The defendants will want to defend the integrity of their product and their reputation; the plaintiffs have already called them into serious question through the allegations in the complaint,” he added. “Given the stakes involved, it’s unlikely the case will end with a quick settlement.”