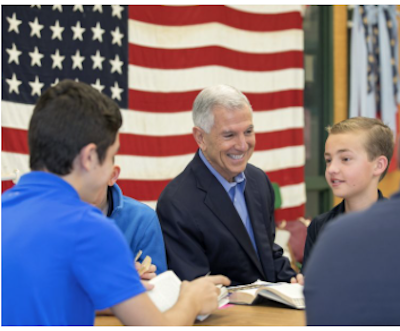 Access to health care for 1 million of Louisiana’s most vulnerable could be delayed or interrupted in 2020 because of charges of bias in the Medicaid expansion provider selection process.

Lucrative medical contracts for Louisiana’s Medicaid expansion have been awarded to four companies.

Aetna and Louisiana Healthcare Connections, which are current providers, were not chosen for the billion-dollar expansion contracts. They said the selection process was biased against them and have filed legal protests, charging improprieties in the state health department selection process.

In a letter to Louisiana’s chief procurement officer, the Louisiana Department of Health warned that the legal challenges can cause delays in contract negotiations, making the transition process harder. Health care to as many as 1 million Louisianans may be delayed or jeopardized, the letter said.

Patient advocates say transferring so many people to different medical providers is complex and labor-intensive. The state's health department has warned that people will fall through the cracks as the new companies take over.

Aetna and Louisiana Healthcare Connections represent more than 500,000 patients who will be transferred to other plans if the selection process is validated. Several lawmakers, Republicans and Democrats, told the Associated Press last week that they were concerned that one new provider, Humana Health Benefit Plan of Louisiana, which hasn't done Medicaid managed care work in the state, will not be able to put together a new health plan for Medicaid patients by 2020. To serve all of the new patients, Humana will need to have a functioning network of doctors, clinics and hospitals up and running in time for the 2020 changeover. But critics are asking how can Humana successfully negotiate with new providers with the legal process hanging over the state.

Edwards is in the midst of his 2020 reelection campaign, touting the benefits of his Medicaid expansion plan. He said he stands by the bid evaluation and contractor selection process used for the four providers, telling the AP his administration followed the detailed requirements laid out in Louisiana procurement law.

The state primary elections will be held on Oct. 12.

The Louisiana GOP executive committee has endorsed two leading Republican challengers to Edwards: U,S, Rep. Ralph Abraham, R-Alexandria, and businessman Eddie Rispone. Three other candidates will also be on the ballot on Oct. 12. Unless any one candidate gets 50 percent plus one of the vote, the two leading vote-getters will face each other in a runoff on Nov. 16.

The Louisiana Association of Business and Industry (LABI) declined to pick one Republican to challenge Edwards in 2020. LABI has endorsed both Abraham and Rispone in the Oct. 12 primary.

Louisiana Association of Business and Industry • Republican Party of Louisiana