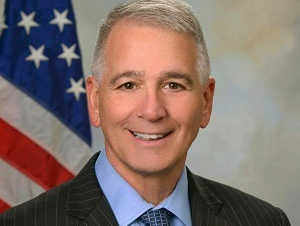 Abraham isn’t the only watchful eye on the governor; Louisiana Lawsuit Abuse Watch (LLAW) has also criticized Edwards over his support for coastal erosion lawsuits against oil and gas companies, recently saying that it sends the “wrong message” to one of the biggest industries in the state.

“LLAW has long-opposed coastal lawsuits,” LLAW executive director Lana Sonnier Venable told the Louisiana Record. “These attacks on the oil and gas industry send a message that these companies are not welcome here and provide no incentive for future expansion. Not only have these companies provided well-paying jobs for generations of Louisiana families, they have also invested heavily in protecting our working coast. Working cooperatively to utilize industry expertise is a much more productive path to identifying long-term coastal solutions.”

Last year, economic forecasters at Louisiana State University cut their estimates for job growth in the sector, citing “geopolitical forces,” along with price swings in the market.

“The energy industry is critical to Louisiana’s economy," Sonnier Venable said. "This fall, none of this should be lost on voters who value jobs and economic development over lawsuits.”

The Louisiana GOP has also taken issue with the governor’s tactics, stating in a media release that, “In 2018 alone, Louisiana under John Bel Edwards lost 1,100 jobs in the sector that includes the oil and gas industry, according to data released by the U.S. Bureau of Labor Statistics.

“Under John Bel Edwards, Louisiana has raised taxes and fees at a higher rate than any other state in the country, further weakening the business climate for the state’s oil and gas industry.”

Eddie Rispone, another Republican candidate for governor, agrees that Edwards is wrong to target the oil and gas industry.

“Gov. Edwards and his trial lawyer allies who have bankrolled his campaign are responsible for Louisiana losing thousands of jobs in the oil and gas industry,” Rispone said in a recent interview with The Washington Times. “The lawsuit abuse and their assault on oil and gas ends the day I am elected governor.”

Both Abraham and Rispone have delivered similar messages of ending the so-called “war” against one of the state’s oldest and wealthiest industries when they are elected, but whether or not that is true will remain to be seen as new forms of energy, alternative fracking methods and strict environmental policies are transforming oil and gas industries around the country.

On Monday, Edwards, Abraham and Ripone duked it out face-to-face at the Press Club of Baton Rouge.

“I'm just tired of losing as a state,” Abraham said at the event. “With me as your next governor, Louisiana will start winning.”

“We need to do something different, and it starts by electing a different kind of governor,” Rispone said.

But Edwards believes that he has led the state in the right direction and said Monday that no change is needed.

“We're not going to turn back," he said. "The people of Louisiana won't stand for it."

While current polls show Edwards well ahead of his competitors, all candidates run on the same ballot regardless of party. If no candidate receives at least 50 percent plus one in votes during the Oct. 12 primary, the top two vote-getters will face off in a run-off election Nov. 16.

Voters can begin casting their votes Saturday during the weeklong early voting period.