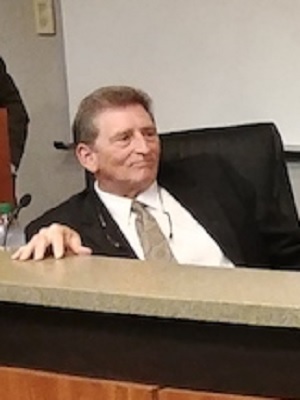 A runoff between Crain and Liljeberg is necessary because neither received a majority of the vote during Saturday's primary and, as the top two vote-getting candidates in the primary, are headed to a runoff Nov. 16.

With all precincts and absentee voting reported, Crain took more than 38 percent of the vote, or 73,534 votes, while Liljeberg took more than 32 percent, or 61,859, according to still-unofficial elections results posted to the Louisiana Secretary of State's website.

The four Republicans ran in Saturday's primary for the District 1 seat previously held by Greg Guidry, who left the state's highest court to take up his appointment to the U.S. District Court for the Eastern District of Louisiana. The four candidates sought to fill out the remaining eight years of Guidry's term.

Crain, 57, who lives in Madisonville, has been on the First Circuit Court of Appeal since 2013, having previously served about four years as a judge on the 22nd Judicial District Court for St. Tammany and Washington parishes. Crain, a 1986 Louisiana State University Law Center graduate, was admitted to the bar in Louisiana In October 1986, according to his profile at the Louisiana State Bar Association website.

Liljeberg, 51, who lives in Metairie, has been on the Louisiana Fifth Circuit Court of Appeal since his unopposed election in 2012, having previously served about nine years on the 24th Judicial District Court. Liljeberg, a 1993 Tulane University School of Law graduate, was admitted to the bar in Louisiana In October 1993, according to his profile at the state bar's website

Liljeberg has received substantial support from coastal and oil litigators while Crain's base of support appears to be drawn largely from the state's business community.