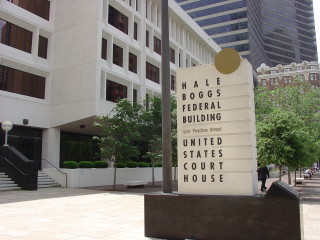 Plaintiff Fadi Alkasaji sued his insurance provider, James River Insurance Company, after an October 2016 car accident he was in with an uninsured driver in New Orleans. Alkasaji was an Uber driver on his way to pick up a passenger at the intersection of Poydras Street and Magazine Street when the uninsured driver traveling in the opposite direction made an illegal left turn and crashed into him. Alkasaji claimed the accident seriously hurt him and caused significant damage to his vehicle.

Alkasaji was insured by James River at the time of the crash. The company provides coverage which includes uninsured motorists (UM) claims. Three years after the accident, Alkasaji filed a lawsuit against the insurance company. He accused James River of underpaying the UM claim, violating its duty of good faith and fair dealing when it comes to giving out his insurance claim, and said the company should be liable for losses caused by the company's use of any unfair or deceptive practices that are illegal under the Louisiana Unfair Trade Practices Act (LUTPA) and Consumer Protection Law.

The company argued Alkasaji's UM insurance claim was not authorized since it wasn't filed in the two-year window after the crash under state statute. As for the bad-faith allegation, Alkasaji said the company failed to give out his documented UM claim in good-faith, while the company said he missed the one-year window to file the complaint.

Judge Africk denied the company's request to dismiss the case based on Alkasaji's bad-faith and UM claim, but dismissed the LUPTA claim.