Appellate court affirms lower court&rsquo;s ruling the police were not responsible for death of Louisiana man 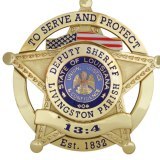 NEW ORLEANS– A Louisiana woman lost an appeal in a suit concerning the death of her husband during a traffic stop in which a bone in his throat was broken during an altercation with law enforcement officers after he ingested a large amount of amphetamines in apparent attempt to hide the drug.

The suit alleged excessive force, battery, failure to perform duties in a safe and reasonable manner and torture.

A dashboard video of the incident, which occurred in 2009, shows Sturdivant and Stogner pulling over to the side of the road and conversing amicably.

The Sheriff’s Officer then noticed a small plastic bag, later found to contain methamphetamine, in Stogner’s hand. When the officer asked about the bag Stogner denied holding anything.

The officer then tried to grab the bag out of Stogner’s hand, pinning him to the hood of the police car. At this point Stogner is able to get one hand free and slip the bag into his mouth.

According to Huffington Post, the dashboard video shows an officer yelling "spit it out" while trying to force Stogner’s jaw open. The altercation then escalated with the officer jumping on Stogner’s back, gripping his neck and eventually tackling him to the ground.

The struggle ended after about six minutes when Officer Melerine and another officer arrived and Melerine and Sturdivant were able to handcuff Stogner.

A fourth officer noticed that Stogner was not breathing. The officers administered CPR, called an ambulance and tried to remove the plastic bag from Stogner’s mouth. He was pronounced dead at the hospital.

Stogner was found to have a cardiomegaly (an over-sized heart) and 95 percent narrowing of his left anterior descending coronary artery and had 4,400 nanograms per milliliter of methamphetamine in his system at the time of autopsy.  Approximately 400 ng/ml of the drug is considered enough to provoke violent and irrational behavior.

But the suit shows that Stogner was also found to have a broken hyoid bone his neck, although this is not listed in the opinion as a contributing factor to his death.

The district court found that the defendants had qualified immunity and awarded them a summary judgment.

After reviewing the video the court writes that because Stogner refused to comply with the officers orders to spit out the bag, and because the officers struggled to restrain Stogner, their actions were not unreasonable. The officers are thus entitled to qualified immunity and the district court’s ruling is affirmed.

The panel concluded that Stogner’s death is unfortunate, but given his refusal of lawful requests, they cannot deny the officers qualified immunity.