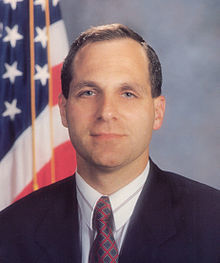 Christine Reitano, once a top deputy for Claims Administrator Patrick Juneau, filed suit this week against Freeh and Freeh Group International Solutions in the U.S. District Court for the Eastern District of Louisiana. The suit, which seeks in excess of $75,000 in damages, accuses Freeh of disparaging Reitano's name and willfully ignoring evidence that she had done nothing wrong – a conclusion ultimately reached by U.S. District Judge Carl Barbier, who is overseeing the Deepwater Horizon settlement.

Reitano was one of a group of lawyers accused by Freeh, a former FBI director, in September 2013 of engaging in a scheme to solicit kickbacks from a plaintiff’s firm in exchange for attempting to influence claims payments for their clients. In a report investigating Juneau's operation, Freeh recommended that Reitano be turned into the U.S. Attorney’s office and be reported to the Louisiana Bar Association for alllegedly committing fraud, money laundering and perjury.

The case against Reitano was the result of an anonymous complaint alleging she had abused her position at the Deepwater Horizon Claims Center. Juneau subsequently fired her. Shortly afterward, Barbier appointed Freeh special master in charge of investigating Juneau's operation for fraud and ethics abuses.

Freeh's accusation of wrongdoing against Reitano appears to have been made on the basis of a single sworn statement made to his investigators by a private lawyer. In that statement, the lawyer allegedly said that Reitano sought a kickback in a claims case. By Freeh's own admission, the lawyer's statement was not recorded but was reconstructed from investigative notes.

The private lawyer later filed a sworn statement in court saying that Freeh's recounting of what she had said was entirely inaccurate. In a subsequent hearing, Barbier observed from the bench that Freeh had no evidence Reitano had done anything wrong. However, Reitano claims the damage had already been done.

Baton Rouge-based attorney Mary Olive Pierson, who is representing Reitano in the matter, said Reitano’s personal and professional life are in shambles.

Freeh has never recanted his original allegations, though attorney Greg Paw, who has taken the lead in the case on behalf of Freeh Group International Solutions, admitted to Barbier that there is no evidence Reitano did anything wrong.

Pierson said the suit is the result of Freeh's failure to admit to a mistake.

“This is about Mrs. Reitano and her reputation and her life and the complete and callous disregard that Mr. Freeh apparently has for her life,” Pierson said.

The allegations against Reitano surfaced in a broader investigation of her husband, Lionel “Tiger” Sutton. Evidence gathered in that investigation suggested that Sutton, also an employee of the Deepwater Horizon claims center, had received a $40,000 fee for a $357,000 claim filed by Casey Thonn, his former client. Freeh described the $40,000 fee as a kickback, provided to Sutton in exchange for attempting to expedite claims on behalf of the Andry Lerner law firm who took over the Thonn claim after he and Reitano went to work for Juneau.

Sutton has denied that the $40,000 was a kickback for attempting to expedite claims. Rather, he said, it was for work he had done on the case before accepting a position at the Deepwater Horizon claims center. Sutton also said he attempted to conceal the payment from Reitano and lied to Juneau when asked if he had taken money in the case.

"I can’t commit a crime for you and you can’t commit one for me,'' Pierson said. "So if your husband or wife or spouse or best friend, or co-member of an organization commits a crime it doesn’t mean that you did.''

Sutton has since returned the referral fee to the claims center. Thonn has pleaded guilty to filing a fraudulent claim and is awaiting sentencing.

Freeh did not respond to a request for comment.

The case has been assigned to U.S. District Judge Lance M. Africk.