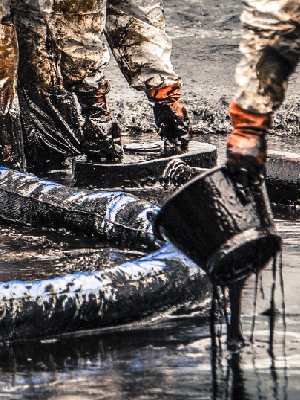 The city of Mobile, Alabama has filed an amended complaint in which it demands punitive damages against Transocean Inc. and Halliburton Energy Services Inc., stemming from the worst maritime environmental disaster United States history.

On Sept. 28, the plaintiff filed its amended complaint in the U.S. District Court for the Eastern District of Louisiana seeking punitive damages stemming from the 2010 Deepwater Horizon oil spill in the Gulf of Mexico.

All claims against the defendants have previously been released other than claims for punitive damages and exemplary damages. BP has been fully dismissed, the complaint states.

According to the complaint, the Deepwater Horizon oil spill caused 200 million barrels of crude oil to enter the Gulf of Mexico over a period of 87 days and has caused permanent environmental damage to the Mobile, Alabama area. The complaint states that the city "has suffered damage and injuries to financial and personal interests, damage to the economic livelihood, lost profits and/or impairment in earning capacity as a municipality or city" as a result.

The city seeks damages in an amount to be determined by the court, pre- and post-judgment fees, expenses, attorneys' fees and the cost of litigation, and other claims. The plaintiff is represented by Gregory M. Friedlander of Mobile, Alabama and Mary Beth Mantiply of Montrose, Alabama.