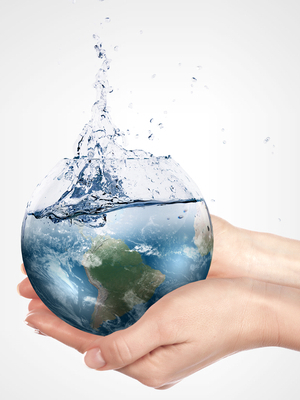 The Louisiana State Law Institute is forming a new water code committee with the goal of helping to create new legislation for the state’s water law.

The committee grows out of legislation passed April 4, 2014, requesting the institute to create this panel to address mounting concerns about Louisiana water law.

Mark Davis, director of Tulane University’s Institute on Water Resources Law & Policy, has been named reporter for this committee. Davis says he is essentially chairman of the committee.

“My job is to put together a team to take a look at these issues,” he said.

Davis has studied what a new water code would entail in his position at Tulane and is a member of the existing water law committee.

As for people being sought out, the resolution called for “an interdisciplinary committee, composed of academicians, practitioners, scientists with expertise in hydrology, and government representatives with expertise in Louisiana’s water resources and the state’s existing administrative system of water management.”

Amid mounting fear of water shortages, among other problems, the state believes it is time for a better code without the unclear inconsistencies present in the current one. “[Louisiana is] one of the few states that hasn’t taken a shot at updating its water laws,” Davis said.

It will take some time to see effects of this committee, as with any legislation, Davis said. The need for careful science and planning require time to ensure things are handled properly.

“[Louisiana residents] shouldn’t focus on it too much right now, Davis said. "It will probably take a couple of years for things to happen, but they should realize that water is increasingly important. We’ll be coming up with ideas for things that need to happen and that many residents know should happen.”

Want to get notified whenever we write about Tulane University's Institute on Water Resources Law & Policy ?

Sign-up Next time we write about Tulane University's Institute on Water Resources Law & Policy, we'll email you a link to the story. You may edit your settings or unsubscribe at any time.